Both VAG offerings are essentially the same under the skin, but do they perform equally too? 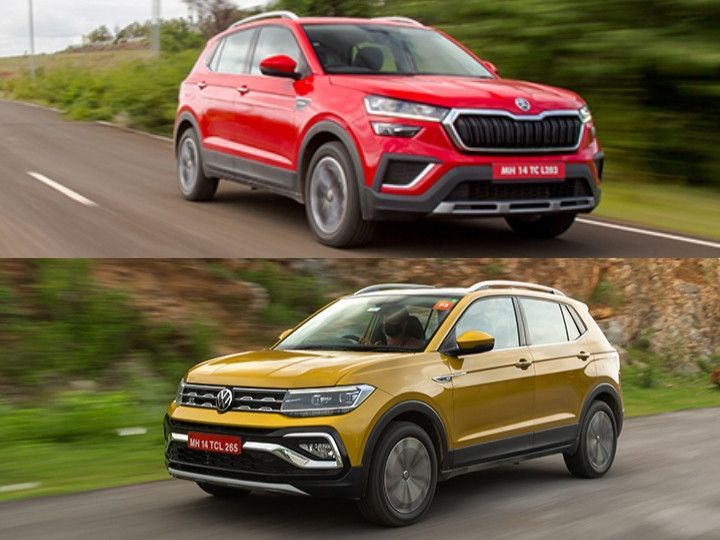 The Skoda Kushaq and Volkswagen Taigun SUVs have distinctive designs, but they share a lot in common. For starters, both are based on the MQB A0-IN platform, share a 1-litre TSI petrol engine, and are paired with the same 6-speed torque converter automatic.

But are the two SUVs different in real-world conditions? We find out:

With both SUVs sharing the same engine and transmission setup, it comes as no surprise that they make an identical 115PS and 178Nm. But this is all on paper, so we got the VBox out to see if there’s any difference.

Here’s where things get interesting. Despite the Kushaq being tested in less than ideal conditions, it was still over half a second quicker than the Taigun in the 0-100kmph sprint. This means, we could see a bigger gap if tested in similar conditions. That said, the Taigun, at 8.17 seconds, did have the edge in the kickdown test.

Where the Taigun falls short in performance, it makes up for in fuel efficiency -- by a fine margin, though. It returned 12.63kmpl within the city and 16.87kmpl on the highway compared to the Kushaq’s 12.40kmpl (city) and 16.36kmpl (highway).

Taking all factors into consideration, both Kushaq and Taigun have their strengths and weaknesses, really. But if you can shell out a little extra dough for a bit more performance, go for the Kushaq. On the other hand is the Taigun, which is more fuel efficient and comes at a slightly more affordable price range.