The Duster’s 1.3-litre turbo-petrol engine develops more power than the Seltos but how does it fare on the road? 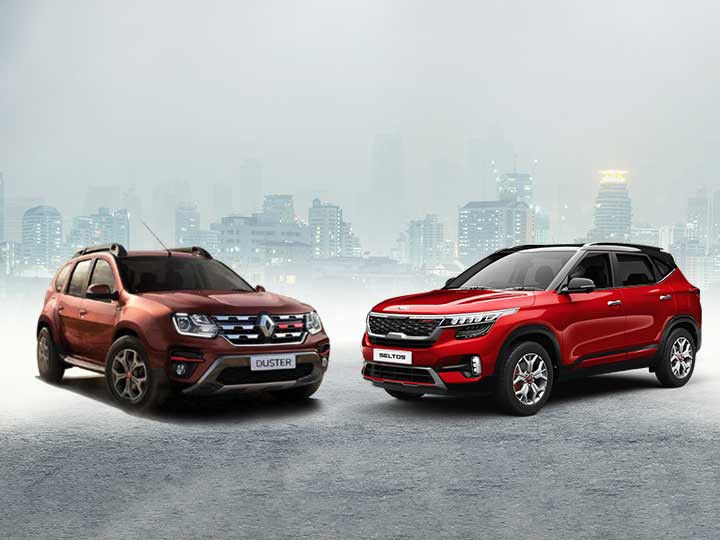 Renault introduced a 1.3-litre turbo-petrol engine with the Duster during the transition to BS6 emission norms. It develops class-leading performance figures, usurping the Kia Seltos Turbo and Hyundai Creta Turbo, two of its most popular rivals. But does that extra power make a difference on the road?

To find out, we put the manual variants of the Duster Turbo and Seltos Turbo through a detailed test. The Creta, unfortunately, has been left out as its 1.4-litre turbo-petrol engine is offered only with a dual-clutch automatic transmission. Let the games begin.

The Duster’s engine develops 16PS and 16Nm more than the Seltos’ unit despite the Renault having a displacement disadvantage. Does the extra performance make an actual difference? Let’s find out.

The Duster is almost a second slower than the Seltos, which is quite significant. With such massive power, the Duster brings in loads of wheel spin off the line while the aggressive ESP cuts power immediately, restricting us from launching the car hard.

The real surprise is during in-gear acceleration where the Duster is considerably slower than the Seltos. It’s around 1.4 seconds slower in the 20-80-kmph run and the gap increases to a whopping 3 seconds in the 40-100kmph run.

Interestingly, the claimed figures depict a slightly different story, with the Duster being 0.4kmpl more fuel efficient than the Seltos.

The Renault Duster isn’t as fast or fuel efficient as the Kia Seltos despite the fact it comes with a more powerful engine. The Duster, however, reclaims a few points with its aggressive sticker tag, with the top-spec variants undercutting the high-end Seltos by Rs 3.7 lakh. You don't get those fancy features found in the Kia, but if you’re looking for a fast turbo-petrol SUV, you should definitely consider the Duster.