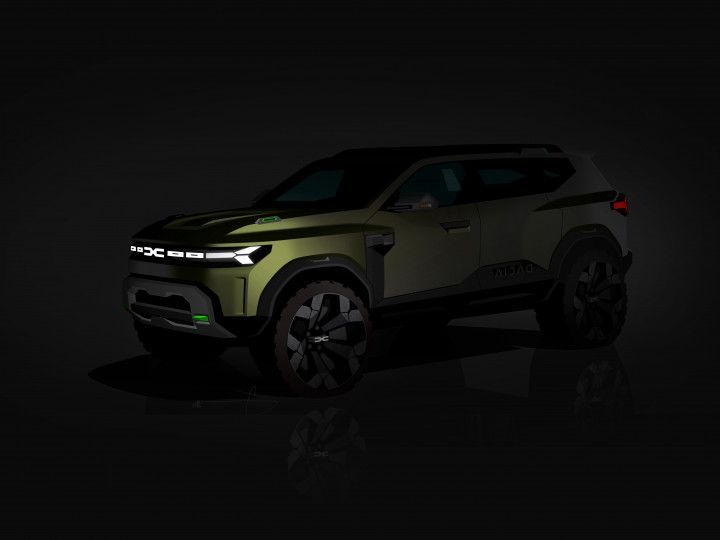 Renault’s subsidiary Romanian brand Dacia has showcased its new flagship concept SUV, dubbed the Bigster. True to its name, the SUV is 4.6m long and gets a rugged and tough appearance. Could it be a sign of things to come for Renault India, and what can we expect if it indeed does?

Up front, the Bigster concept gets a massive width-spanning grille, LED lighting, and heavy body cladding. It appears to be a three-row SUV based on the size of the rear-quarter glass. To accommodate the transition phase of engines, the Bigster will be capable of running on both alternative energy (LPG or CNG), and hybrid energy engines.

Built on the CMF-B platform for Europe, the Bigster could arrive in India based on the enhanced version of the Duster’s heavily localised B0 platform, christened the B0+. The design of the Bigster concept misses out on all the bling such as chrome and aluminium elements. Instead, it makes up for that with its ruggedness and muscular frame. To make things more environment-friendly, all exterior protective panels are made up of raw recycled plastics.

The Bigster SUV concept is set to arrive in European markets by 2025. There is no official announcement on whether it will make it to India or not. However, if it does, we expect it to be placed above the Duster in Renault’s lineup, rivalling similarly sized SUVs, especially the upcoming 2021 Tata Safari.. Being a Renault it will be quite affordable, and so it makes sense for the Harrier-sized SUV to be launched in India at the price of a Creta.