The 911 Targa Is The Most Retro-Looking New Porsche You Can Buy!

Classic styling, wind in your hair, and oodles of horsepower. We’d want nothing more! 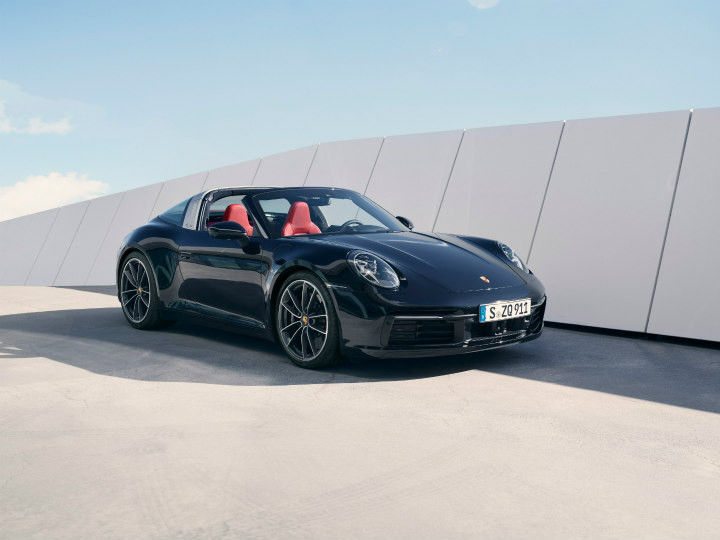 Remember when you were torn deciding if your next sportscar should be a coupe or a convertible? Yeah, we neither. Turns out it’s an actual thing and Porsche has had the solution for ages too. The carmaker has unveiled the latest (read: eighth  generation) of the 911 Targa that brings with it some iconic styling.

Typical of a Targa, this generation too serves up a blend of coupe and convertible design. It is offered in two trims: the Targa 4 and Targa 4S. The highlight of course is its innovative, fully automatic roof system. There’s a hark back to its roots too, as it features traditional elements from the original 1965 Targa such as a wide roll hoop, a movable roof section above the front seats and a wraparound rear window. The automated roof system can open and close in just 19 seconds, that’s some 7 seconds slower than the 911 Cabriolet. Fair trade for that sweet retro style, though.

The iconic silhouette of the 911 is retained with the Targa. It shares bits like the integrated LED rear light bar and variably extending rear spoiler with the rest of the 992 clan. The same treatment has been carried over on the inside too with equipment like a 10.9-inch infotainment system featuring online navigation and Connect Plus with Apple CarPlay.

Under the hood, the 911 Targa retains the 3.0-litre twin-turbo boxer engine, albeit with more power than before. The Targa 4 variant puts out 385PS and 450Nm, which is a bump of 15PS over its predecessor. For more oomph, the Targa 4S delivers 450PS and 530Nm, which is 30Ps and 30Nm more powerful. All this translates into a 0-100kmph sprint time of 4.2 seconds (Targa 4) and 3.6 seconds (Targa 4S). The two variants top out at 289kmph  (Targa 4) and 304kmph (Targa 4S). Despite the power bump, the Targa isn’t substantially quicker off the line or in outright straight line speed compared to the model it replaces.

Transmission duties are taken care of by an 8-speed DCT and an all-wheel drivetrain. For the purists, the 4S variant is also offered with a 7-speed manual gearbox with the Sport Chrono package. As is the case with most modern Porsches, the Targa gets PASM (Porsche Active Suspension Management) that consists of adaptive damping and torque vectoring tech. It also features a Smartlift function where ground clearance can be altered depending upon the conditions.

Since all 911 models are brought down as CBUs, it’s a matter of time before Porsche India opens up bookings and announces prices. That’s likely to happen by 2021. In case you want your Porsche delivered by then, Porsche is accepting bookings for the 911 Turbo S, priced at Rs 3.08 crore. Before you tick the options list that is.