Porsche 911 GTS Arrives As A Blend Of Performance And Style 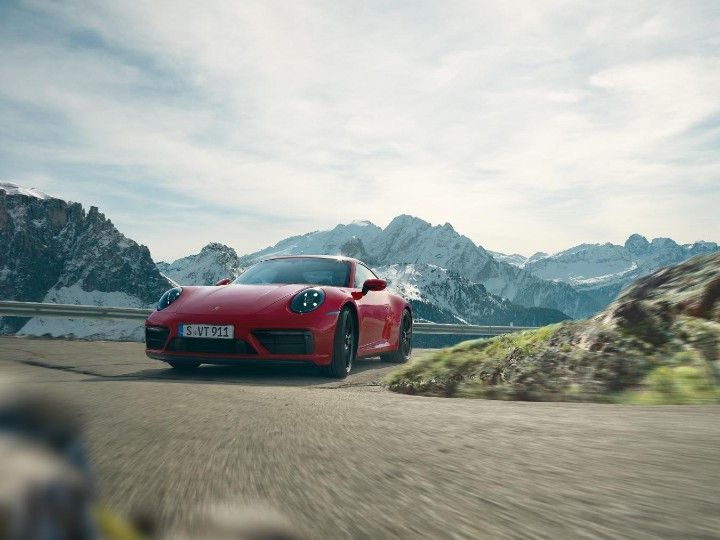 The eight-generation (992) Porsche 911 has seen a variety of variants being introduced over its two-and-a-half-year lifespan, and now the GTS joins the 911 family. Slotting in between the Carrera S and Turbo, it can be had either as a Coupe, Cabriolet as well as a Targa bodystyle.

Getting down the business end of the GTS, it is powered by a twin-turbo 3-litre flat-six boxer engine, making 480PS of grunt and 570Nm of twist. That’s a bump up of 30PS over the Carrera S, as well as 23PS  and 20Nm over its predecessor. It can be paired with either an eight-speed dual-clutch (PDK) automatic gearbox that’s three tenths quicker than its predecessor or a short-throw seven-speed manual transmission. The 0-100kmph sprint takes just 3.3 seconds. Like before, it is available in either a rear-wheel drive or an all-wheel drive guise, with the Targa trim exclusively 4WD.

The new 911 GTS ain’t all about grunt, as it borrows the suspension setup from the more potent 911 Turbo, but it has been slightly modified to sit 10mm lower in the GTS. Of course who can forget the Porsche Active Suspension Management (PASM), with dampers that adapt to dynamic changes. Other bits borrowed from the Turbo are its brakes as well as the blacked-out 20-inch (front) and 21-inch (rear) alloy wheels. Rear-wheel steering comes in as standard.

If that’s not enough, the GTS can also be specced with an optional Lightweight Design package that sheds a whopping 25kg. That’s achieved by lighter carbon fibre full bucket seats, lightweight glass for the side and rear windows, a lightweight battery and the removal of the rear seats.

As spicy as the 911 GTS is under the skin, it also looks the part. What gives it its own identity over the 911 models are black alloy wheels, and blacked-out elements on the lip spoiler, light surrounds, taillights, engine cover grille, and the GTS badging. On the Targa it gets a darkened Targa bar and lettering.

Inside, you’re treated to a sporty feel with a GT Sport steering wheel, Porsche Track Precision app, a tyre temperature display, sports seats with electric four-way adjustability, and reduced insulation if you want to hear that scream of the flat-six boxer motor. It also comes with the latest Porsche Communication Management (PCM) infotainment system with Apple CarPlay and Android Auto connectivity.

Back home, Porsche currently retails the 911 in the Carrera, Carrera Cabriolet, Carrera S, Carrera S Cabriolet and the Turbo S at prices starting from Rs 1.63 crore (ex-showroom). There’s no word yet on when the GTS will make it to India, but we are expected to get a bunch of 4WD variants soon.