CONFIRMED! Next-gen Mahindra Scorpio To Get An Automatic Transmission 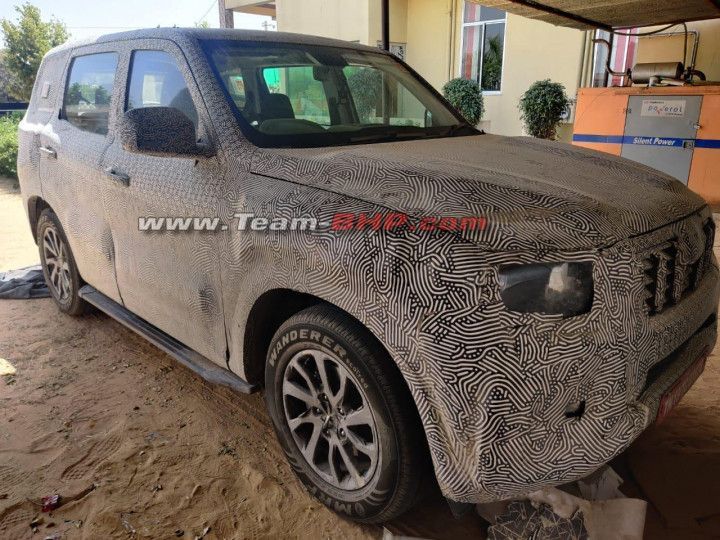 Mahindra has just confirmed the next-gen Scorpio will be launched after the XUV700’s introduction. While it’s still some time away, these spy shots give us some exciting updates about Mahindra’s upcoming body-on-frame compact SUV.

For starters, these pictures confirm the upcoming model will be offered with an automatic gearbox. It’s likely to be the same 6-speed torque converter unit that does duty in the Thar. The Scorpio should utilise the Thar’s 150PS 2.0-litre petrol and 130PS 2.2-litre diesel engines, albeit in a slightly different state of tune. An optional four-wheel drivetrain should be on offer as well.

The next-gen Scorpio can’t be mistaken for anything, but a Scorpio. The SUVmaker has done a good job of retaining the SUV’s traditional identity. The basic design might be the same, but we could notice new elements such as the dual-beam projector LED headlamps, larger dual-spoke alloy wheels, and redesigned LED tail lamps. It’s also a size larger and that should result in a spacious cabin.

Even on the inside, the dashboard looks much more upmarket thanks to a redesigned centre fascia with plenty of silver highlights. The touchscreen infotainment is larger (around 8 inches), below which sit the climate control knobs. Unlike the XUV700, which comes with a digital instrument display, the Scorpio relies on classic analogue dials. It also comes with a single-pane sunroof. Take a closer look at the Scorpio’s interior and feature list here.

The next-gen Mahindra Scorpio should go on sale possibly by the 2021-end or early-2022. It’s likely to be priced from Rs 12 lakh (ex-showroom), putting it in the league of monocoque compact SUVs such as the Kia Seltos, Hyundai Creta, Tata Harrier, Skoda Kushaq, and VW Taigun.