Tata’s all-new SUV is packed to the brim with features, we pick out the best ones for you 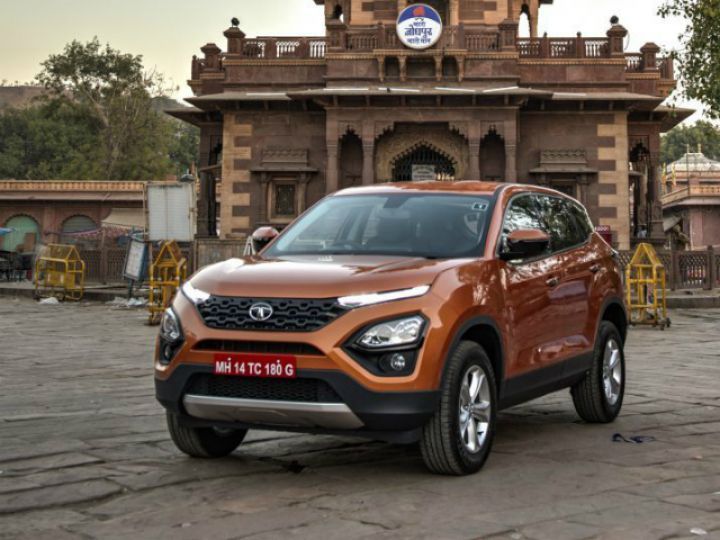 Tata Motors is all set to debut its most anticipated SUV, the Harrier, in January 2019. While we are still a few days away from the official launch, the homegrown carmaker has given us a preview of its swanky Land Rover-based SUV.

The Harrier is powered the same Fiat-sourced 2.0-litre turbo-diesel engine in the Jeep Compass, although it's been rebadged as Kryotec. It makes 140PS of max power and 350Nm of peak torque, mated to a 6-speed manual gearbox. Underpinned by the same D8 platform as the current Land Rover Discovery Sport, the Harrier is packed to the brim with features. Here are the top few that could give the competition a run for their money.

Despite being offered only with a two-wheel drive system, the Harrier has an ESP-based terrain response system, which comes with three modes: Normal, Wet and Rough.

These mode change the driving characteristics by regulating the power to the front wheels according to specific road and terrain conditions. Mostly seen on 4X4 SUVs, this terrain management system is a welcome addition in the Harrier.

Apart from acres of space inside, there’s a massive 8.8-inch touchscreen display for entertainment and another 7-inch driver multi-information display. Both screens can display a host of information such as revs, power, fuel economy, turn-by-turn navigation and trip data. The larger screen also doubles up as a display for the rearview camera and comes bundled with Android Auto, with Apple CarPlay to also follow soon.

Since the Harrier is based on the same platform that underpins the Land Rover Discovery Sport, it offers plenty of space. At 4598mm in length, the Harrier is longer than most of its segment rivals including the Creta and the Jeep Compass and even other premium SUVs such as the Honda CR-V. And Tata has put all that space to good use both inside and out. The Harrier gets a 425-litre boot which can be expanded to 810 litres by folding the rear seats down. It also gets lots of storage spaces inside for driver and passengers, along with a cooled storage box under the front centre armrest for beverages.

Safety has been given a top priority on the new Harrier and just like the Land Rover, Tata has loaded it with an advanced ESP program which, on paper, gets a host of functionalities. Not only does the Harrier get an ABS, EBD and ESC as default, it also boasts of an off-road ABS, hill hold and descent control, and corner stability along with rollover mitigation. Tata has also thrown in brake disc wiping into the mix. Found usually on premium cars and used for improved braking under wet conditions, this unique feature automatically cleans any liquid from the disc brakes to ensure adequate braking in the wet. Apart from these, the advanced ESP also features an electronic traction control and hydraulic brake assist. While we are yet to test the functionality of the advanced ESP system on the new Harrier, the extensive feature list has definitely got our hopes high.

With an extensive feature list and likely competitive pricing of around Rs 16-21 lakh (on-road), it does look very promising. Despite being loaded with features, the Harrier misses out on a full-fledged four-wheel drive system which is found on its main rival, the Jeep Compass. Tata has also given the sunroof a miss for now.

However, we will reserve our opinions on the Harrier for the in-depth review which will be out soon. So stay tuned and let us know if the Harrier checks the right boxes for you or not in the comment section below.