The Harrier is Tata’s new flagship SUV and goes up against the Jeep Compass, Mahindra XUV500 and the Hyundai Creta 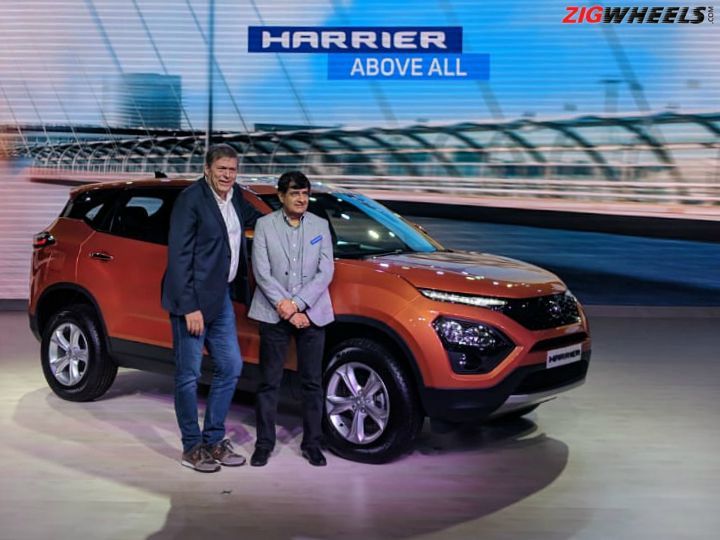 Tata has finally launched its much-awaited SUV, the Harrier At Rs 12.69 lakh, ex-showroom Mumbai. The variant-wise price breakup, is are follow:

Here's how the Harrier compares to its competition, in terms of prices. (ex-showroom Mumbai):

The Harrier is underpinned by the same D8 platform that also underpins the Land Rover Discovery Sport. However, it isn’t offered as a 4WD and Tata has confirmed that it has no plans to bring it at a later stage either. The Harrier is powered by the same 2.0-litre 4-cylinder diesel engine that also powers the Jeep Compass. But where the Compass gets a 173PS/350Nm version, in the Harrier it makes 140PS of max power and 350Nm of peak torque. The engine is mated to a 6-speed manual gearbox that drives the front wheels.

It measures 4598mm in length and boasts of a 2741mm wheelbase which is significantly larger than its similarly priced rivals. The 17-inch wheels, however, could have been better designed and maybe a size bigger. Inside, the cabin is quite premium and plush. However, the soft touch plastic on the dash is available on the top two variants only. The 7.0-inch TFT screen on the instrument cluster too is available on the top-spec XZ variant only.

It also gets an 8.8-inch touchscreen infotainment system and comes with Android Auto connectivity, Apple CarPlay smartphone compatibility will be added later. It can be had with a JBL sound system but again is available on the top-spec variant only.

Tata’s new flagship with its introductory price looks like a good value for money package. A 2-year, 75,000km warranty is offered as standard, which also sweetens the deal. What it lacks in features like a sunroof, an automatic transmission and a 4WD system when compared to cars like the Jeep Compass and Mahindra XUV500, it makes up in sheer size and road presence. Should the competition be worried? Yes.