All You Need To Know About The Mercedes-Benz GLC SUV

It will be revealed for India on December 3 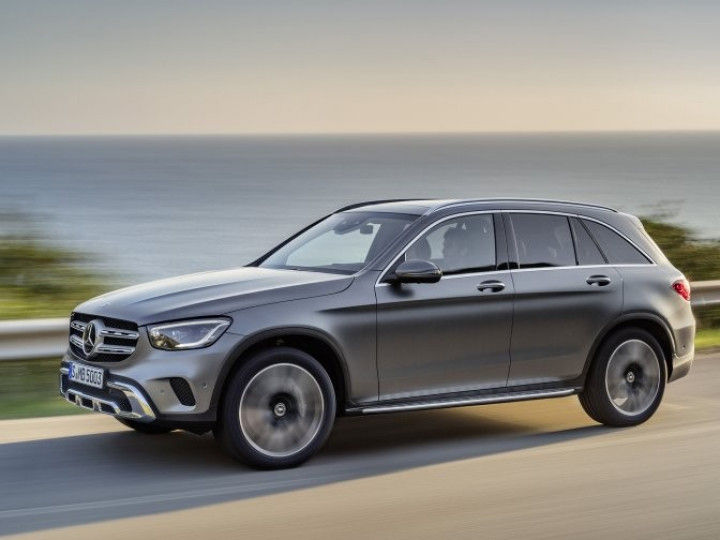 Mercedes-Benz is set to reveal the 2019 GLC sport utility vehicle (SUV) on December 3. The revised GLC will replace a model which has been on sale around the world for four years. It gets a new front fascia, more efficient BS6 engines, and voice control on the Mercedes-Benz User Experience (MBUX) infotainment system. It is likely to demand a premium over the current-generation GLC, which is priced from Rs 52.38 to 78.03 lakh (ex-showroom Delhi). When launched, it will lock horns with mid-size luxury SUVs such as the BMW X3, Audi Q5, and the Volvo XC60.

The new GLC features an all-new front fascia. The changes are subtle, but they enhance the appearance of the rounded body style. Most of this is down to the neat headlamps and grille. While the profile remains the same, the GLC’s curved shape hasn’t aged a bit. A matte paint scheme enhances the body lines that we have seen since 2015.

Changes to the inside are focused on giving the user a more up-with-the-times experience, with touch buttons on the steering wheel and voice commands for the infotainment system. The new instrument cluster is all digital. The large centre touchscreen is bigger -- 10.25 inches diagonal -- and easier to control. Not that you’ll have to operate it by hand -- the voice control system can now be summoned by a simple, “Hey, Mercedes”. The infotainment system can also be controlled using a touchpad on the centre console. Every touch is followed by haptic and acoustic feedback.The 2019 GLC is the first car in India to feature Mercedes-Benz User Experience (MBUX).

Mercedes claims that the GLC comes with completely new engines. The petrol and diesel motors are in their fourth generation. First, the diesel is designated OM 654 (the earlier diesel was OM 651). It features Camtronic variable valve timing, a twin-scroll turbocharger, and a 48-volt starter-generator system. The two-litre four cylinder petrol engine is not the M 274 anymore, but the M 264. Mercedes claims better fuel economy and increased output.

The 2019 GLC comes to us ahead of the expected schedule. It will soon be followed by the new and updated Mercedes GLE SUV, which you can read about here. The company’s new product offensive is expected to grow larger in the coming months as more vehicles are updated. Could the new GLC have what it takes to go up against its mainland European rivals and cars such as the Range Rover Evoque? Watch this space to find out.