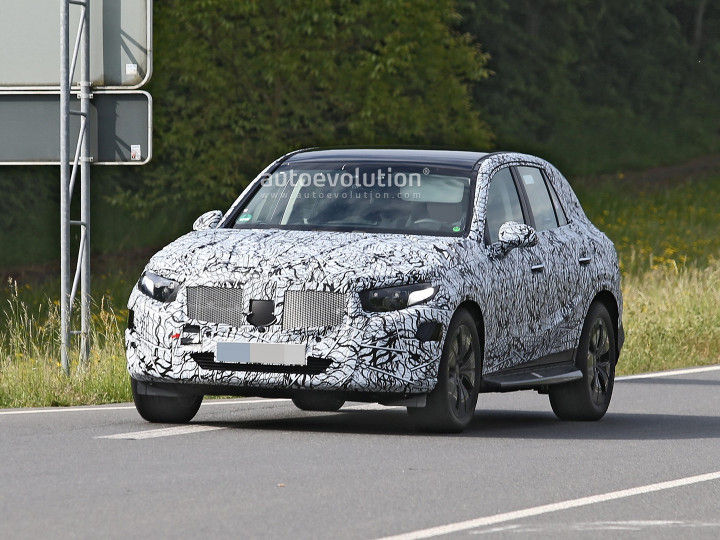 Our last brush with the Mercedes-Benz GLC was when the German carmaker launched the facelifted version and the GLC Coupe in the country. Now, Mercedes-Benz has started work on its successor, the 2022 GLC, which has been spotted testing on German roads ahead of its launch.

At first glance, the 2022 GLC looks largely similar to the current model. A closer look reveals plenty of new design elements, giving it a breath of fresh air. For starters, the grille and LED headlamps are larger and feature revised design elements. We also noticed the new alloy wheels and the more pronounced haunch above the rear wheel arches. It also comes with a more butch rear bumper and could feature sleeker LED tail lamps. The upcoming GLC also could be slightly larger than the model it replaces.

The 2022 GLC’s interior is yet to be seen. However, considering Mercedes’ latest design language, it could come with a portrait-oriented touchscreen central console a la the upcoming Mercedes-Benz S-Class. Have a closer look here.

In terms of features, the 2022 GLC could retain most of the current model’s kit such as the latest iteration of the MBUX system, connected car technology, Android Auto and Apple CarPlay, a panoramic sunroof, Burmester sound system, digital dials and cruise control. On the safety front, it could come with nine airbags, ABS with EBD, electronic stability control, a 360-degree camera and lane keeping assist.

The new-genGLC is expected to make its global debut in 2021 and could reach India by early 2022. When launched, expect it to be priced above the current model which starts from Rs 52.75 lakh (ex-showroom). The facelifted GLC will lock horns with the Audi Q5, BMW X3 and the Volvo XC60.