Maruti Bucks The Trend; No EV For India In 2020 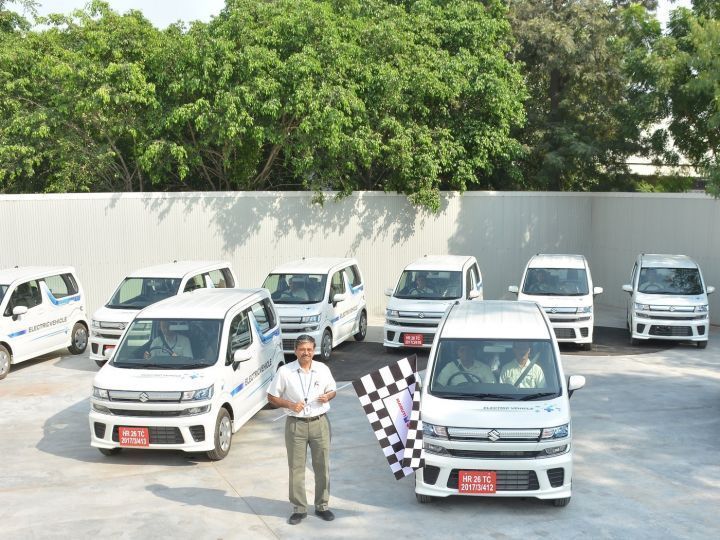 With the recent report of Maruti Suzuki’s first electric vehicle (EV), the Wagon R Electric, postponed from its expected 2020 introduction, the carmaker has essentially bucked the trend of lining up EV launches for the time being. Since its first EV only goes into its final phase of testing next year, Maruti will not have an EV in 2020. This is quite significant considering India’s largest carmaker is going against the grain, while rivals Hyundai, Mahindra, Tata Motors and MG Motor India have multiple EVs slated for launch over the next 12 months. Whether sitting on the fence will work in Maruti Suzuki's favour, only time can tell. Why this delay by Maruti? Read on to find out.

Hyundai has already kicked off the EV race with the Kona Electric, while Tata Motors is all set to unveil a range of EVs that include the Altroz and Nexon, having recently launched the Tigor EV. And finally, MG Motor India has also been preparing the ZS EV that’s expected to be launched at the Auto Expo 2020.

Around this time last year, Maruti had started testing the all-electric version of the Wagon R in India. It had flagged off a fleet of prototype EVs based on the Wagon R platform from its Gurugram facility. These vehicles were developed exclusively by Suzuki Motor Corporation, Japan and assembled at Maruti’s Gurugram plant with the aim to extensively test real-life usage of the vehicles in multiple terrains and climatic conditions. While we were expecting to see the car sometime next year, this isn’t the case as the next phase of testing will begin in 2020, thus delaying the launch of Maruti’s first EV.

Maruti has cited the lack of infrastructure and government support to make it a viable option as the reasons for the delay. RC Bhargava, Chairman of Maruti Suzuki, added that the Indian government has changed its priorities and is leaning more towards electric two-wheelers.

Price of the vehicle is another reason that the carmaker is further pushing away the launch. The biggest contributing factor to this is battery production, which Maruti is yet to establish in India. The homegrown manufacturer along with Toshiba is setting up a new facility in Gujarat, but that is for hybrid batteries and not electric batteries. With this situation, we hope that Maruti’s alternative push, which is CNG vehicles, could provide a different route towards providing efficient vehicles. If that’s not the case, the carmaker has a lot of catching up to do in the EV market against carmakers that have gotten a head start.