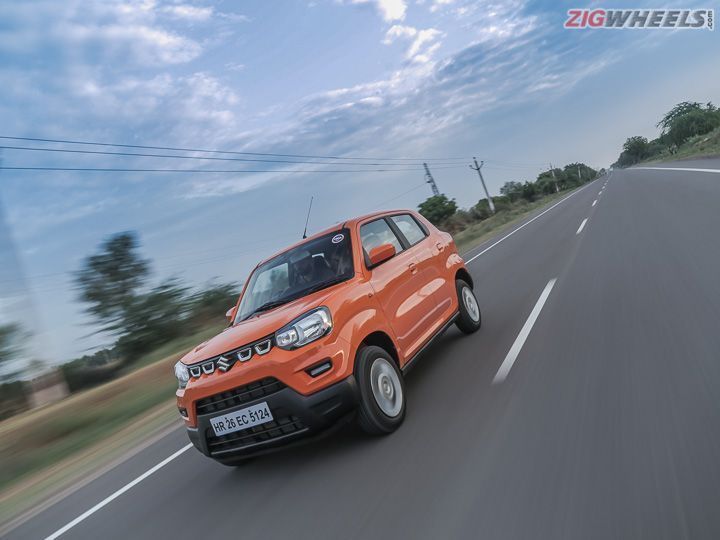 Maruti Suzuki’s answer to the Renault Kwid, the S-Presso, was launched on September 30 with a price tag starting from Rs 3.69 lakh. The S-Presso was off to a great start, racking up 10,000 bookings within just 11 days of its launch. The same number has been transferred to the road as Maruti Suzuki has now announced that the S-Presso has sold over 10,000 units in October. This also means that the Kwid-rival is one of the top 10 best selling cars in India right now.

One of S-Presso’s main talking points is the BS6-compliant 1.0-litre K10B motor, which develops 68PS of power and 90Nm of torque. These figures are harnessed through either a 5-speed manual or an AMT. Maruti also claims the S-Presso will return 21.7 kilometres to the litre, which is impressive and somewhat similar to the Kwid.

Based on the 5th Generation Heartect platform, the S-Presso is smaller than the Kwid when it comes to dimensions. But, we found out that the S-Presso claims ground when it comes to interior space. Some highlights from the features list include steering-mounted audio controls, 7-inch touchscreen with Android Auto and Apple CarPlay, and a digital display with MID. Safety features include dual airbags, ABS with EBD, rear parking sensors, high-speed alert as well as driver and co-driver seat belt warning.

Maruti is offering the S-Presso in four variants: Std, LXi, VXi and VXi +, which are priced between Rs 3.69 lakh and Rs 4.91 lakh (ex-showroom). Its primary rivals are the Renault Kwid,and the Datsun Redi-GO.