The Maruti Suzuki S-Presso Replicates The Success Of The Alto

Maruti Suzuki seems to have hit the right note with customers, high response comes despite market conditions and the new Renault Kwid 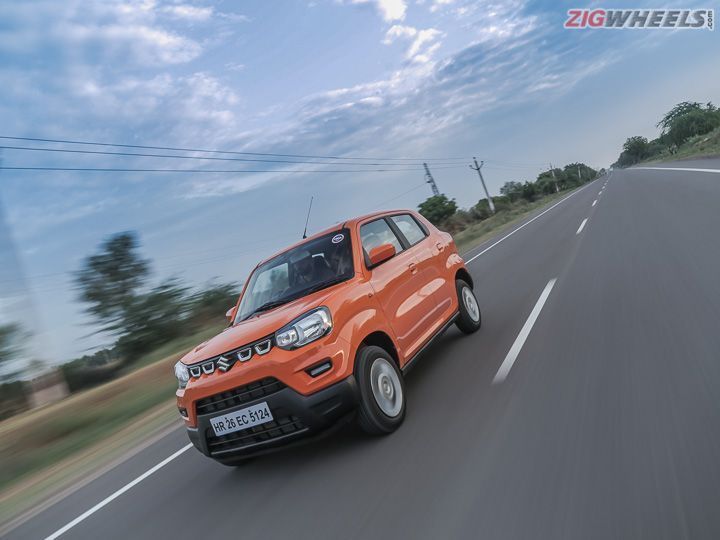 It is no surprise that the recently launched Maruti Suzuki S-Presso has become an instant success. The mini cross hatchback has racked up more than 10,000 bookings in India within just 11 days of its launch. This must come as a sigh of relief for Maruti Suzuki as it had posted degrowth earlier this year. Favouring the Renault Kwid rival is its attractive price tag of Rs 3.69 lakh to Rs 4.91 lakh (ex-showroom Delhi) and Maruti’s widespread after-sales network. The S-Presso is also the only BS6-compliant model in its segment. Meanwhile, Renault wasted no time in launching the new Kwid with a comprehensive facelift a day after the S-Presso. Let’s see what makes the S-Presso special.

Despite being smaller than the Kwid, the S-Presso has more room on the inside. We had pitched the S-Presso against the pre-facelift Kwid and the former emerged as the clear winner in terms of interior space. The S-Presso is also the better car when it comes to ingress and egress thanks to its tall seat height.

Under the hood, the S-Presso is the only model in its segment to come with a BS6-compliant engine. The 1.0-litre petrol engine develops 68PS of power and 90Nm of torque, which is similar to the Kwid. Transmission options include a 5-speed manual as well an AMT. And for those concerned about fuel efficiency, Maruti claims the S-Presso will return 21.7 kilometres to the litre.

Primary rivals of the S-Presso include the Renault Kwid and Datsun redi-GO. Read our detailed specifications comparison of the S-Presso with its rivals. We also help you decide whether you should pick the bigger Wagon R for the extra dough or settle down for the smaller S-Presso. Stay tuned to ZigWheels for a detailed comparison test.