Mahindra Scorpio S3+ Base Variant: All The Details In Six Images 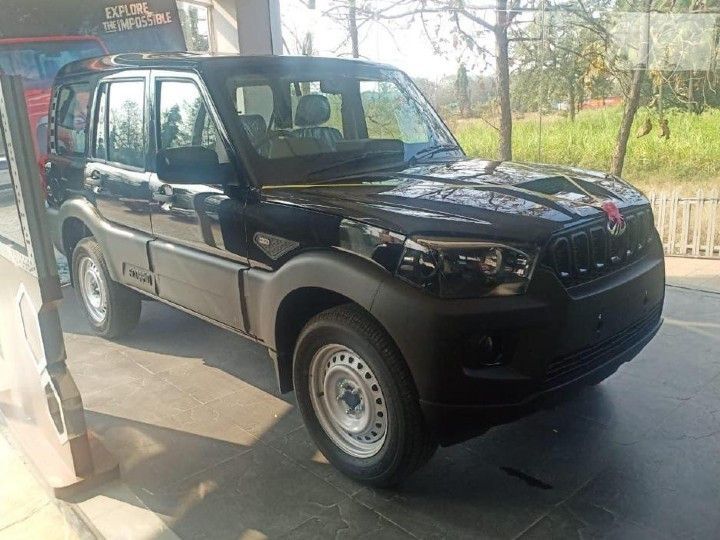 Just over a couple of weeks back, Mahindra made the Scorpio more affordable with the launch of the new base-spec S3+ at Rs 11.99 lakh (ex-showroom Delhi). Available in 7- and 9-seater configurations with side-facing seats for the third row, it is cheaper by around Rs 69,000 over the previous base-spec S5. This means some features have been taken away. Here’s more about it in detailed images:

On the outside, the S3+ is quite barebones with unpainted bumpers and body cladding. It misses out on equipment such as fog lamps, side footsteps, and turn indicators on ORVMs. Even the wheels are plain steel rims with wheel caps, as is the case with most base-spec models.

That said, it gets LED tail lamps, turn indicators on the fenders, a rear footstep, and a bonnet scoop.

Head inside, the S3+ looks fairly simple, with a dual-tone black and beige theme. The AC unit is manually operated and the instrument cluster is a basic analogue setup with an MID. Even the steering wheel is simple with no buttons while the ORVMs are manually adjustable units. Interestingly, front power window switches are centrally placed since the door panels have been taken from the previous-gen Scorpio.

Being a barebones variant, the S3+ misses out on features such as a height-adjustable driver’s seat, remote central locking, cruise control, an audio system, and rear wiper with washer. It covers the bare minimum in terms of safety standards with dual front airbags, ABS, and rear parking sensors.

As for the powertrains on offer, the S3+ retains the 2.2-litre mHawk diesel engine, but it's been detuned to produce 120PS and 280Nm. The other variants get a 140PS/319Nm version of the same engine. The S3+ is paired to a  5-speed manual, instead of the 6-speed manual gearbox offered in the higher variants with the 140PS engine.

The S3+ might just be the final update to the current-gen Scorpio, as a generation update will be launched this year. The Scorpio rivals the Hyundai Creta, Kia Seltos, Renault Duster, Nissan Kicks, and Maruti Suzuki S-Cross.