Expected to arrive in 2021, this body-on-frame SUV could be sold alongside the current model 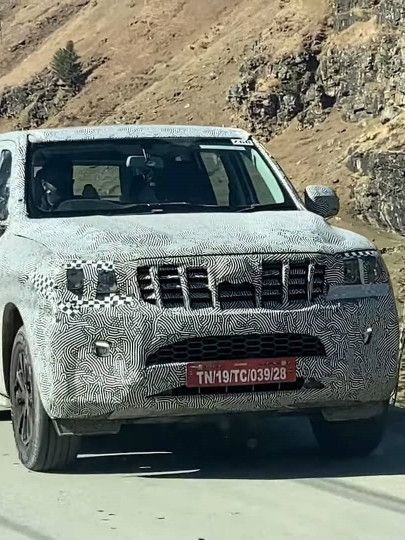 Mahindra is gearing up to launch the next-gen Scorpio. The Indian carmaker has already patented the names, ScorpioN and Scorpio Sting, for the upcoming SUV which could be sold alongside the current model. The next-gen Scorpio has now been spotted testing in its production-spec guise, giving us a better idea of what we can expect.

However, the SUV was heavily draped with camouflage, revealing only a bit of what’s new in the design. The Scorpio will sport the latest version of Mahindra’s grille, similar to the one seen on the Alturas G4. It will continue to serve as the only body-on-frame SUV in its segment. It will get a complete makeover in terms of design, but the spy shots reveal a similar silhouette to the current model. In addition to the LED DRLs and tail lamps, the Scorpio will also get LED headlamps.

The Scorpio is likely to get an overhaul inside as well in terms of layout and features. It could get a bigger touchscreen infotainment system with connected car tech and a new 3-spoke steering wheel. A closer look at one of the spy shots reveals what possibly looks like a sunroof, bringing it on par with its rivals.

For power, the next-gen Scorpio will rely on Mahindra’s latest engines, instead of the current model’s 140PS 2.2-litre diesel unit. So it could come with the 2.0-litre mStallion turbo-petrol engine and the 2.2-litre mHawk all-aluminium diesel engine, both of which will probably have a higher output than their debut model, the Thar. Transmission options could include a 6-speed manual gearbox and 6-speed automatic gearbox, sending power to the rear wheels. A 4WD drivetrain is also likely to be offered as an option.

The next-gen Scorpio could be priced at a premium over the current model which retails from Rs 12.67 lakh to Rs 16.52 lakh (ex-showroom). With an expected launch in mid-2021, the next-gen Scorpio will resume its rivalry against the Hyundai Creta, Tata Harrier, MG Hector, and Kia Seltos.