With both 6- and 7-seat configurations on offer, the larger RX will be available in two variants - the RX L 350 and the RX L 450h 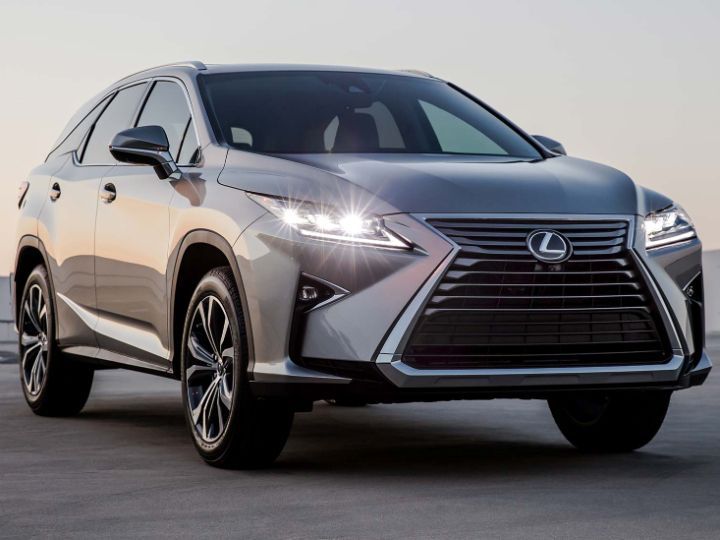 Are you one of the finicky ones who seeks very specific things from a vehicle? Have you always liked the Lexus RX and had enough money to spend on it, but wished that it had a 3-row layout to carry your extended family or your dog? Well, good news! Lexus has answered your prayers and has finally unveiled the 3-row iteration of its mid-size SUV. The Japanese carmaker chose the ongoing 2017 Los Angeles Auto Show to flaunt its engineering. To quote what Jeff Bracken, group vice president and general manager for Lexus in North America, said at the global unveiling: “That’s one L of a vehicle.”

Jokes aside, the RX L does makes sense for Lexus. The standard RX has been one of the top performers for the company and adding the versatility of a third row, which can be electrically folded down by pressing and holding a button in the luggage compartment, will only grab more attention. At the LA Auto Show, a Lexus representative even said that the RX L can potentially bump up the sales numbers for the RX family by as much as 30,000 units per annum.

If you are wondering whether the svelte silhouette of the RX has been spoiled to make more room for the third row, it hasn’t. In fact, the Japanese have been clever with their knack of intelligent packaging. The RX L is just 4.3 inches (approx 110mm) longer than its two-rowed sibling. That’s just over two-thirds of the small ruler that we used during school days.

As far as seating configuration is concerned, captain seats are optional in the RX L 350 and standard on the RX L 450h. Naturally, the absence of a seat in the second row compensates by easier the ingress/egress and more space. No matter which layout you choose, even the third row passengers get their dedicated climate controls and cupholders. Lexus say that even with all three rows erect, there’s still enough room for a couple of big suitcases in the boot. While a powered tailgate comes as standard, the addition of a hands-free operation is an optional extra.

Powerplants in both the iterations remain unchanged. The RX L 350 is available with either front-wheel drive or all-wheel drive. It gets 294PS/356Nm to play with from a 3.5-litre V6 petrol engine. The RX L 450h is a hybrid and is only available with all-wheel drive system. It gets a combined power output of 313PS from the combination of dual electric motors and the same 3.5-litre V6 petrol mill. Both variants can be decked up with a range of options for safety systems, driving assists and different levels of the company’s Enform services.

In India, we have two variants of the RX 450h on sale. Since Lexus gets them here via the CBU (completely built unit) route, we won’t be surprised to see the hybrid RX L make its way here soon after or at the same time as it goes on sale in its main markets around the globe. So, Mr/Miss Finicky, your car is surely expected here. Be patient, please!