Called the RX L, the SUV will break cover at the Los Angeles Auto Show 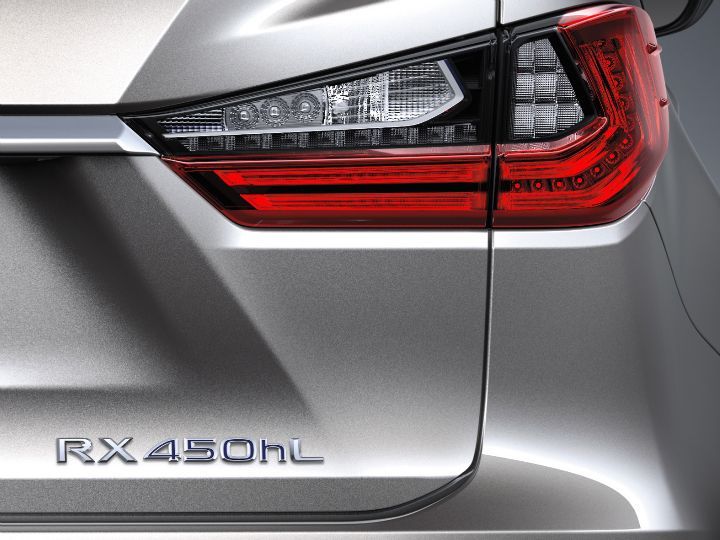 Toyota’s luxury arm, Lexus, is all set to reveal a bigger version of its mid-size SUV, the RX, on November 29, 2017, at the upcoming Los Angeles Auto Show. Called the RX L, the SUV will boast of third-row seating and will be available in two guises - the RX 350L (petrol) and the RX 450hL (hybrid). The engine and transmission combinations are expected to remain unchanged for the longer RX. Will any one them of make its way to India? Well, we’ll just have to wait and see.

Lexus began its innings in India with three products in its portfolio - the ES 300h, RX 450h and the LX 450d. Since the standard derivative of the hybrid RX is already available here, we expect the three-row version of to make it to our shores to help provide more flexible options for prospective customers. Lexus India doesn’t even have to wait for too long to launch the RX L in India as it, like other Lexus products available in the country, can be brought as a CBU (completely built unit).

On November 17, Lexus unveiled its fourth product for India - the NX 300h. While official prices haven’t been announced yet, officials from Lexus India hinted that it could cost about Rs 60 lakh. That price, although high, will make the NX the most affordable Lexus SUV in India. Like the RX, the NX will be offered in two variants - F Sport and Luxury. Bookings for the newest member of the Lexus India family have begun. However, deliveries will only commence only after Lexus India announces its official prices, which is likely to happen in January next year.