The Dzire has become a lot more upmarket in its appeal. Will the price be premium as well? 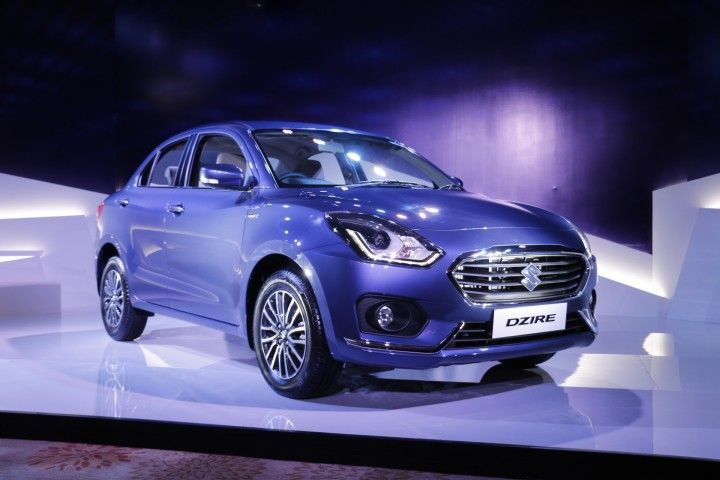 One day to go! Maruti will officially launch the third-generation Dzire tomorrow - on May 16. Easily among the most anticipated (and important) launches this year, Maruti Suzuki has left nothing to imagination save for the asking price. Bookings for the compact sedan have officially opened at Rs 11,000.

We previewed the Dzire a couple of weeks ago - check out the video for our first impressions. Now, while the sedan still bears a resemblance to the hatchback, it isn't called the Swift Dzire anymore. Maruti Suzuki says it's now capable of carrying an individual identity since it accounts for nearly 50 per cent of compact sedan sales in the country.

For the new generation, Maruti has chosen to focus upon the Dzire's Achilles' heel - its design. Since a sedan is an 'aspirational buy', looks ranked high in the list of priorities while developing the car. It's based on the new 'Heartect' platform that underpins the Baleno and the upcoming Swift, and that has helped it gain structural rigidity and drop a few kilos at the same time. The new version is lighter by 85 kg (petrol) and 105 kg (diesel). What's also reassuring to note is that dual airbags, anti-lock brakes and ISOFIX child seat mounts are standard across the range.

Engine options remain unchanged. The trusty 1.2-litre K-Series petrol and 1.3-litre DDiS190 diesel engines soldier on under the hood of the new Dzire. Transmission options include a 5-speed manual and a 5-speed AMT for both the motors. Maruti Suzuki hasn't disclosed fuel efficiency numbers just as yet. That said, expect it to better the current figures of 26.59kmpl (diesel) and 20.85kmpl (petrol).

Since the Dzire is now the sole sedan in Maruti showrooms (Ciaz has moved to Nexa), the manufacturer has brimmed it with features. Highlights include auto LED projector headlamps, 15-inch dual-tone wheels, faux wood trims for the interior, armrests, automatic climate control and a 7-inch touchscreen infotainment system with Android Auto and Apple CarPlay. Considering the added equipment, we're expecting prices to go up by at least Rs 30,000 for the base variant and up to Rs 50,000 for the top-spec variant. That means an effective price tag of Rs 5.5 lakh to Rs 9.35 lakh (ex-showroom, Delhi).