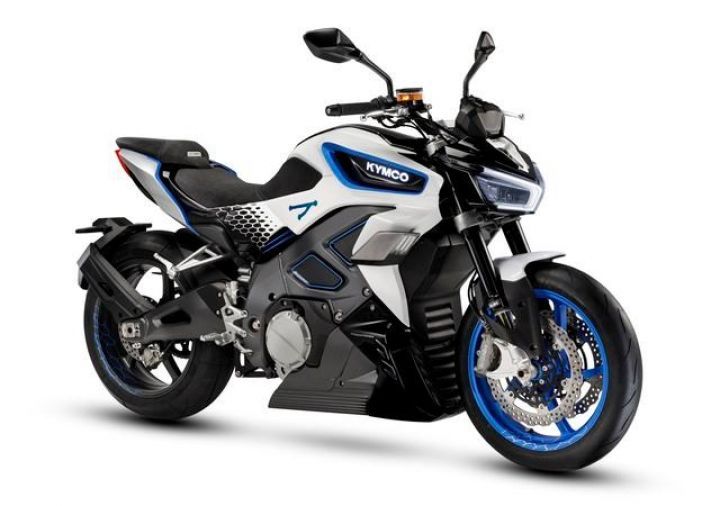 Kymco, the Taiwanese auto major who blew our socks off at EICMA 2018 with the SuperNex, has now taken the sheets off the RevoNex electric streetnaked. The bike is essentially the SuperNex in a slightly friendlier package, but that’s not to say the bike isn’t fast.

The RevoNex, for instance, can dash from 0-100kmph in 3.9 seconds and reach top speed from 0-205kmph in 11.8 seconds. The bike also makes use of Kymko EFA system - (Electric Full Range Acceleration), which is the brand’s lingo for launch control. RevoNex features the brand’s Active Acoustic Motor, which combines the resonating sound of AAM with the mechanical sound of the transmission to deliver an immersive experience.

Electric bikes are known to offer a fistful of torque right from the word go! So as to put a leash on this manic power delivery, Kymco has equipped the RevoNex with four rider modes (Poised, Assertive, Bold and Extreme) and traction control.

In terms of underpinnings, the bike comes with upside down forks and a monoshock. Its braking setup consists of twin discs upfront and a single disc at the rear.

The RevoNex has its unique personality, distinct from other electric streetfighters. It features an aggressive split LED headlamp, a beefy tank, which incorporates the company badge, split seats and an LED tail light. Kymco says the RevoNex will be available for sale in the international market by 2021.