Could the 790 models be downsized for the future? 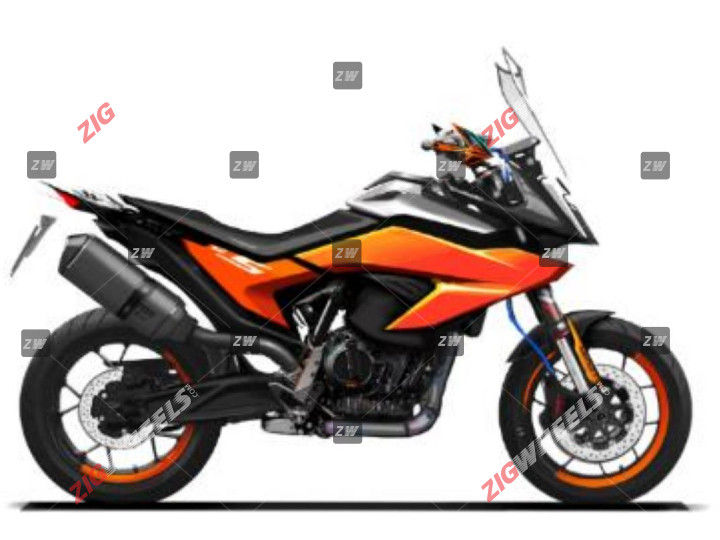 Would you still call it a typo if something is misspelt or wrongly written four times in succession? Sure, if you read the latest Pierer group report stating that KTM and CFMoto are working on a 750cc platform, you’d think that it is clearly a typo. But think hard and a bit out of the box, it might just be one of the biggest Easter eggs that KTM has left in plain sight. The Austrian brand might just be bringing in a completely new range of products based on a 750cc parallel-twin engine that will be made alongside China’s CFMoto.

Why did KTM feel the need for a 750cc platform, you ask? There are a couple of reasons that come to mind. First, the 690 Duke, or rather its demise. Euro 5 has strangled the life of the last remaining big single naked. It was KTM boss Stefan Pierer’s favourite but sadly it couldn’t soldier on. This leaves a huge void in the KTM portfolio between the upcoming 500cc parallel-twins and the middleweight 790/890s.

To plug in this gap, the 750cc engine would be perfect. It is quite a popular segment in Europe that has the likes of the Yamaha MT-07, the Honda CB650R and the Suzuki SV650, and will also be joined by Triumph and its upcoming Trident. Even adventure motorcycles for that matter are present in this class, the Tenere 700 and V-Strom 650 being prime examples.

Will KTM still keep soldiering on with both the 790 and 890 engines? To begin with, maybe yes. The new 750s are still a year or two away. KTM will need the 790 to operate as the entry point into the big capacity Duke range. Once the 750s are ready, we might just see the end of the Scalpel. While that might be disheartening, the Super Scalpel, or the 890 Duke R, could eventually get a non-R version, with 790 Duke level of hardware. The 890cc engines will be shared but the standard model could be detuned. This could be similar to what Triumph has got going on with the Street Triple 765 R and RS.

The bikes that are touted to be built on this new 750cc platform will be the Duke, the Adventure and even a Supermoto. The first two could very well make it to India via the CKD route, with more parts being localised than what were found on the BS4 KTM 790 Duke, which was zero. Zilch. Nada.

Until these 750s come, we have to hold our horses and temper our expectations as the BS6 790 Duke could very well be on the way by the end of the year. And needless to say, there will be more than 100 units of the bike this time round. Now with the Street Triple R and BMW F 900 R in India, it will be interesting to see how the Austrian takes on its British and German rivals.