Yamaha Tenere 700: Fun Facts About The ADV From PUBG That India Deserves 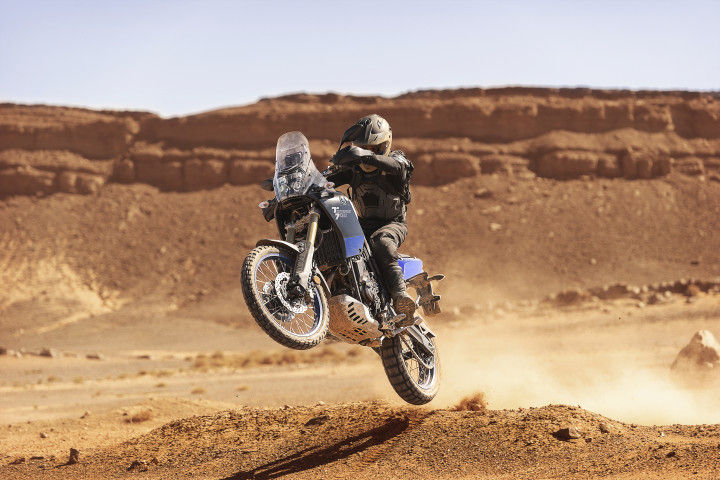 Globally, Yamaha has one of the most interesting big bike portfolios, which pains us incredibly as almost 99 percent of them ever make their way down to our shores. While the Indian line-up in the early 2000s was healthy, now the Japanese bikemaker sells only its flagship sportsbike -- the YZF-R1 -- and the MT-09 middleweight naked. The XSR900, the Niken and the YZF-R6 are a few of the exciting motorcycles that we would like Yamaha to bring to India.

But before it even plans to offer any of them, the bike that India truly deserves is the Yamaha Tenere 700. The adventure motorcycle has been a revelation of sorts possessing dirt bike levels of capability but retaining the touring-friendliness of a large capacity ADV. Here are a few interesting facts that make the Tenere 700 such a delectable motorcycle:

Developed on the Paris-Dakar rally route
Not only is Yamaha one of the most successful road racing manufacturers but is also quite successful at it off-road. It has won countless World MX titles and cross-country rallies, including the grand daddy of them all -- the Dakar rally -- notching nine wins at the legendary competition. For the past 5 years, its WR450F rally machine has been really competitive in the rally, always challenging for the top 5 spots. With such a rich pedigree, no wonder then that the T7 concept shown in 2016 instantly got us hooked.

It looked just like the WR450F, except with the larger parallel-twin engine being used and non-rally bits like a rear auxiliary fuel tank non-existent. And where better to test the T7 other than in Tenere, the desert portion of the Sahara in Niger where the original Paris-Dakar rally used to pass through.

Almost Dakar rally-ready
You would be forgiven to mistake the Tenere 700 for a rally-raid machine. There was not much deviation in terms of design from the T7 concept. Aside from the 698cc CP2 engine (the crossplane parallel-twin engine with a 270-degree crank) that it shares with the MT-07 and the XSR700 nakeds, there is no other common part on the bike. Yamaha spent the majority of the time sorting out the chassis so that it had the finesse of a light dirt bike through tight and technical sections. The engine acts a stressed member giving the chassis better torsional rigidity for adventure riding. With a larger final drive, Yamaha was able to lend the bike better low- and mid-range performance, enabling you to get yourself out of sticky situations.

And just like you would find on proper rally machines, the Tenere 700 too has a long swingarm with a heightened pivot point. This is one of the masterstrokes with the way the Tenere has been set up. On a regular motorcycle, as you accelerate, weight transfer takes place towards the rear, creating a squatting motion. With a higher pivot point, Yamaha engineers induced anti-squat characteristics, which forces the front section to stay in contact with terra firma while accelerating, making it fantastic for off-roading.

Then, there’s the long-travel suspension units. They are no fancy premium Swedish bits but rather simple ones but with a front/rear wheel travel of 210mm/200mm. And thanks to a ground clearance of 240mm, it is borderline rally bike territory. The 21-/18-inch spoke wheel setup is a norm for rally machines as these units come shod with semi-knobby Pirelli Scorpion Rally STR rubber.

Gets a special ‘Rally Edition’
Honestly, you have got to be C S Santosh or Ashish Raorane to think that the regular Tenere 700 is meh. But still, Yamaha just released a new Tenere 700 Rally Edition. Now, you might say that there wasn’t much really needed for Yamaha to improve on the Tenere to make it rally-spec. And you are right as there are no big changes to the bike. But what it does now get are special rubberised tank grips, better crash protection and if the daunting 875mm seat height of the stock bike wasn’t enough to give you a vertigo, the 895mm rally seat will definitely do the trick. The Akrapovic slip-on end-can is just for aural delight and doesn’t give it any extra ponies. All of these goodies come in a special livery that pays homage to the XT 500 Dakar rally winning bike.

Virtual test rides in PubG
We are quite confident that the Tenere 700 is not going to wash up on the beaches of Chennai any time soon or even in the next couple of years. But rather than whining about not getting the chance to climb aboard this adventure marvel, you can have a go on it from the comfort of your home on PubG. Yeah, the popular video game has joined hands with Yamaha and allows users to ride the Tenere 700 from the streets of Pochinki to the Georgopol Hills and everywhere else. It might not be the best way to judge the bike’s capabilities but it is the only we Indians can currently ride the bike.