Honda Forza 350 Goes On Sale In Taiwan, Gets A Host Of Updates

The scooter gets a larger motor, revised bodywork and better features 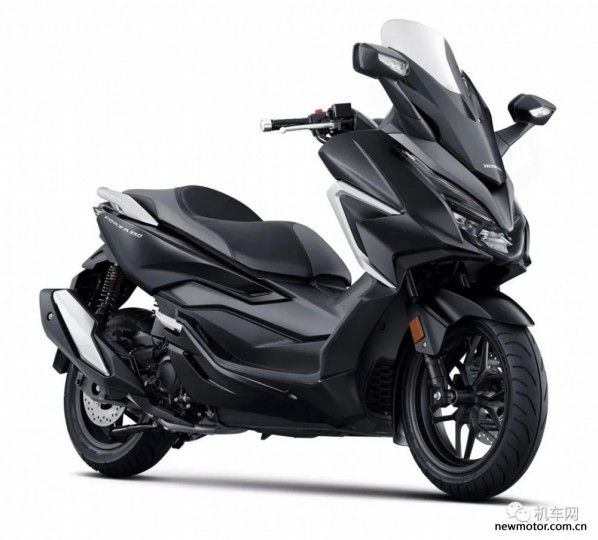 Honda introduced the Forza 350, replacing the Forza 300, in Thailand just last month. In a bid to expand its wings, the Japanese two-wheeler manufacturer has now launched the sporty maxi-scooter in Taiwan for NT$ 258,000, which translates to approximately Rs 6.55 lakh. That’s a lot of money for a 350cc scooter, isn’t it? But that’s because the scooter gets a new motor, revised bodywork and a bunch of new features.

For starters, it’s powered by a larger 329.6cc liquid-cooled and fuel-injected single-cylinder motor that replaces the previous-gen 279cc unit. Naturally, there’s a bump in performance -- 29.4PS of power and 31.97Nm of peak torque versus 25.15PS and 27.2Nm from the older model. The new motor, according to Honda, produces less friction than before and gets a larger airbox and free-flowing exhaust.

Then comes the features. It gets a couple of additions over and above the Forza 300’s equipment. For example, the electrically-adjustable windscreen now has 150mm of height adjustability -- 40mm more than before. The earlier charging socket on the front apron has been replaced with a USB charging socket. It features an emergency stop signal (ESS) along with its all-LED lighting system that rapidly blinks when you brake hard. Other features include keyless ignition and a semi-digital instrument console with two analogue dials and a central LCD screen with readouts such as average fuel consumption, odometer, tripmeters and even maintenance alerts.

It looks sharper and is more aerodynamic than before according to Honda. It now weighs 2kg more at 185kg (kerb) and has a fuel capacity of 11.7 litres -- 0.2 litres more. You can read about the rest of the updates here.

The BS4 Honda Forza was briefly on sale in India before BS6 emission norms kicked in. While there has been no update from the manufacturer, the likelihood of the Forza 350 making it to India is low.