Update: Honda has launched the Activa 6G with prices starting at Rs 63,912 (ex-showroom Delhi). The scooter will be available in dealerships by the end of January, 2020 . Know more about the variants, performance and other details here. 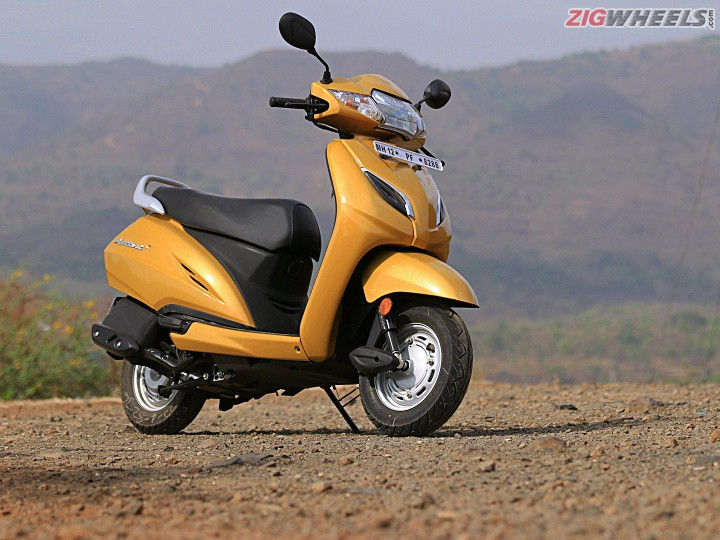 With the reveal of the Honda Activa 6G’s launch date comes a couple of unanswered questions. How much more does it cost? Is it down on power? What else has changed? Given, we don’t have all the answers just yet, but we have managed to get our hands on the scooter’s specifications. That’s a start, right?

So let's get straight to it -- the Activa 6G is powered by a 109.51cc engine which now features fuel-injection engine and has been reworked for lower tailpipe emissions. Essentially, the scooter now makes 7.8PS in total -- that’s 0.3 PS less than the BS4 model at 500rpm higher. While there’s no mention of its torque output, it’s likely to remain unchanged at 9Nm.

That’s not all though. Honda has made alterations to the dimensions as well. It’s 72mm longer than the Activa 5G’s1761mm. In terms of cosmetic and feature updates, the Activa 6G gets a digital instrument console and an LED headlight, which we believe may be redesigned for 2020.

That’s all there is to know about the Activa 6G as of now. Honda will launch the scooter on January 15, 2020. While there's no word on the pricing, expect the updated model to cost around 10-15 per cent more than the current Activa 5G, which retails at Rs 55,934 (ex-showroom).