After just 18 months of its launch, MG Motor India has decided to give the Hector SUV a mid-life refresh with some much-needed upgrades 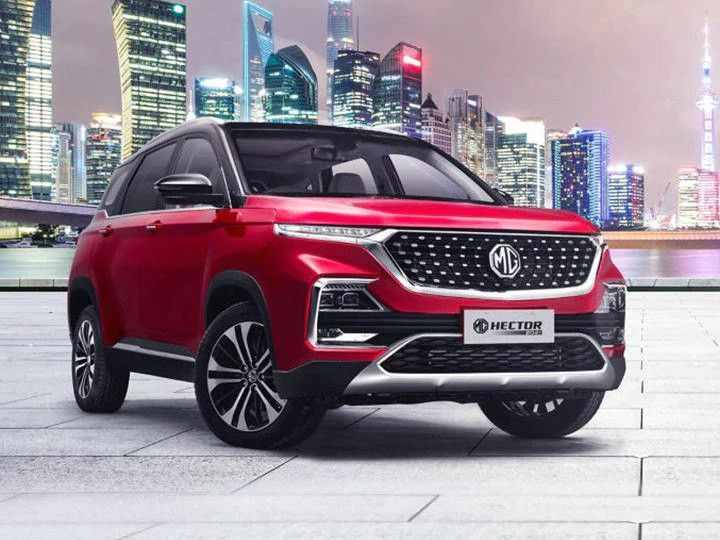 It's unusual for a car this new to get a facelift, but MG Motor India has done just that by introducing a mid-life refresh to the Hector, just a year and a half after its launch. Priced between Rs 12.90 lakh and Rs 18.33 lakh, the facelifted model is pricier by up to Rs 44,000. At first glance, it seems not much has changed, but it does get some notable additions. Here’s a better look at what’s changed in detailed images:

The most noticeable change to the Hector is up front with a chrome-studded grille for that extra bling. This is also present in its larger sibling, the Hector Plus.

Heading over to the sides, you get a new set of 18-inch dual-tone alloy wheels, making it more proportionate to the SUV’s overall silhouette.

At the rear, you’ll notice that the gaudy red strip that connected with the tail lamps has been replaced by a gloss black tailgate applique.

On the inside, the cabin looks largely similar, aside from a new dual-tone black-creme interior that replaces the all-black trim. This gives it an airier feel and also accentuates the already spacious cabin.

The Hector has also received feature additions, with the first one being a wireless phone charger.

The addition of wireless charging has led to the USB charging port being repositioned. You’ll notice a button beside the USB port, which brings us to the next interesting feature, the ventilated front seats.

Another much-needed feature added to the MG Hector is the auto-dimming IRVM.

Aside from a new key fob, the final update is a nice little touch by MG Motor. It’s connected car tech now supports ‘Hinglish’ commands, which means that terms like ‘khulja sim-sim’ open up the sunroof.

It continues to be loaded with bits such as a 10.4-inch infotainment system with Android Auto and Apple CarPlay, Infinity sound system, automatic climate control, and ambient lighting. Six airbags, ABS with EBD, parking sensors, a 360-degree camera, and electronic stability control are some of the safety features on offer.

Under the hood, it retains the 170PS 2.0-litre diesel and the 143PS 1.5-litre turbo-petrol unit, with the petrol engine getting the option of a 48v mild-hybrid system. Both engines are paired with a 6-speed manual transmission, but the petrol variants can also be had with a dual-clutch automatic gearbox.

It is offered in four variants: Style, Super, Smart and Sharp. It rivals the Hyundai Creta, Kia Seltos, Tata Harrier, and Mahindra XUV500.