Along with giving it many cosmetic updates, Jaguar has also provided the F-Pace with a new diesel engine for those looking for mile-munching 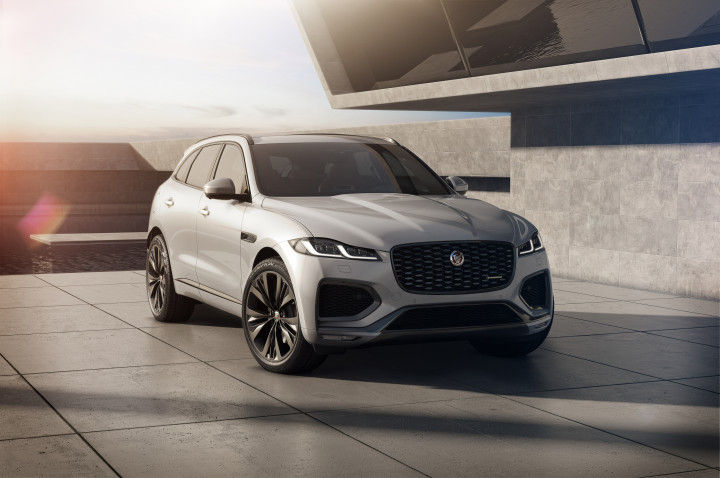 Jaguar India has launched the facelifted F-Pace at Rs 69.99 lakh (ex-showroom). As part of its midlife update, the F-Pace gets new exterior design elements and improved tech. The SUV will now be available in one fully loaded trim, R-Dynamic S, which replaces the older Prestige. There’s also a new diesel variant in addition to the existing petrol mill.

Here are the prices:

As you can see, both petrol and diesel variants are priced at Rs 69.99 lakh. However, the former is now Rs 3.92 lakh more expensive than the pre-facelift petrol variant.

On the outside, the F-Pace’s skin-deep upgrades lend the SUV a sportier look. The new chrome-studded front grille takes up more space, flanked by slimmer LED headlamps with dual J-shaped DRLs. The larger air dams in the front bumper lend it a more aggressive demeanour. Save for the new alloy wheels, the side profile is similar to that of the pre-facelifted model. Topping off the design are the restyled LED tail lamps and rear bumper.

Step inside, and your attention goes to JLR’s new 11.4-inch Pivi Pro connected infotainment system housed in the redesigned central console. Other additions include new touch-based climate control knobs and a sleeker three-spoke steering wheel borrowed from the I-Pace. Also, thanks to the refresh, the cabin now comes in two new colour options: Siena Tan and Mars Red.

Under the hood, there’s a new 2.0-litre diesel engine on offer along with the petrol. Specifications of both motors have been mentioned below:

The 2021 F-Pace will lock horns with the Mercedes-Benz GLC, BMW X3, and the upcoming facelifted Audi Q5. While the Jag is more expensive than its rivals, the F-Pace is for you should you be looking at something outside of the German trio.