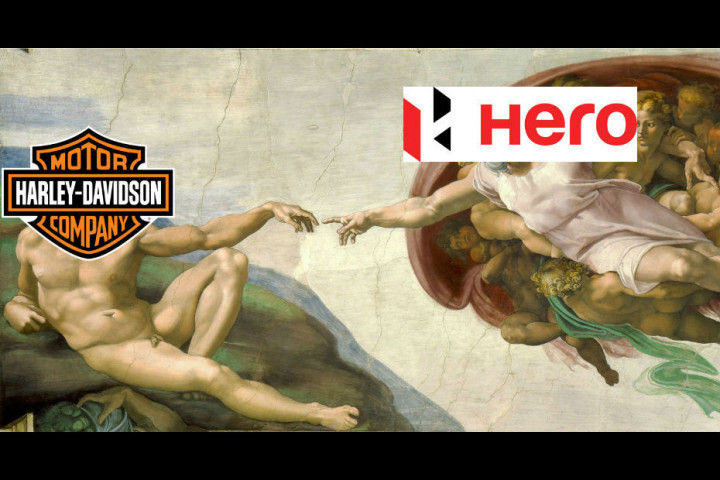 In order to stabilise the sinking ship that is Harley-Davidson, its new CEO Jochen Zeitz’s Rewire strategy brought about the end to the brand’s presence as a solo entity in India. The American brand will still exist in the country, Hero MotoCorp emerging as Harley’s friend in need. And while there is some respite in the news for customers, it is the dealers who are still going to be facing a tough battle in the coming couple of years.

We managed to speak with one of the 33 members of the Harley-Davidson Dealers Association to get their side of the story and how they are dealing with this new venture between the two motorcycling giants.

From 33 To 10 Touchpoints
While your current Harley-Davidson dealer will be servicing your needs until the end of 2020, going forwards you will have to pray that you are living or are in close proximity to one of the 10 dealers that will remain come the new year. Not all of the 33 existing members were offered a chance to continue servicing the brand by Hero, ultimately only 10 choosing to keep operations running. All future products from Harley-Davidson, like the Pan America 1250 and the Custom 1250, will arrive through this dealer network. The final list will be revealed soon as the last set of formalities are being carried out between Hero and the dealers. For these dealers, a 3-months’ compensation of their margin on the bike sales will be provided.

Also Read: Harley-Davidson’s India Roadtrip: From The Highs To The Lows

Unfair Compensation For The Other 23, The Dealers Say
For those who will no longer service the brand, the compensation currently offered is Rs 1,500 per sq ft of area utilised with 10 percent yearly depreciation. Plus, the respective dealer’s average margin for the 9-month period before the COVID-19 pandemic broke out will be calculated, which will then be paid six-fold for 6 months’ worth of time.

The dealers are obviously unhappy with the offer as the setup cost for representing an icon such as Harley-Davidson is nothing short of running a luxury car brand. That includes dealership space, service setup, dealer yard, spares, merchandising, and accessories amongst a lot of other things. Plus, in this current offer, those who have been loyal to the brand for every single year of its Indian operations will ultimately receive almost no compensation for the setup costs due to the depreciation factor.

What’s Fair Then?
While the 6-month margin does sound fair to them, the 23 dealers want a revision in the first point. They would like to get Rs 2,000 per sq ft for the area and no depreciation involved whatsoever. This demand is being made given the 3-year projections supplied to them by the company itself during their dealer meets.

Customers Lost Interest
Why have the dealers who were offered to continue not renewing their contracts, you ask. The dealer simply puts, “The customer has lost interest in the brand.” That is such a strong statement for a brand like Harley-Davidson. It was THE brand that Indian biking enthusiasts aspired to have in their garages in the 2000s, and the fervour was met with equally strong sales ever since it began operations in 2010. Interest spiked with the Street 750, the made-in-India affordable Harley-Davidson. The models, though, have remained more or less stagnant in the past couple of years, the modern Softails being the biggest change that the model lineup saw -- and that too took place way back in late-2017.

There Was Hope
The dealer told us that even though the times were tough, the arrival of a slew of new products had ignited some sparks of interest once again amongst customers. The news of the small-capacity Harley, was keeping dealers optimistic that their fortunes were about to turn for good. Losses would be mitigated and they could perhaps think of some kind of profit.

The best part about the bike, though, was that it would have been manufactured in India. Even though China’s QJMotors had bagged the deal for China and Asia, an Indian manufacturer was being sought after for our domestic market. The bike would be built to the same standards and specifications as the one sold out of India but the costs would have been significantly lower than a CKD product.

That dream of the small-capacity Harley crashed and burnt as quickly as it arrived. But there was still some hope. Hope from a new adventure. Yes, the Pan America 1250 was confirmed for an India arrival by September. Even after COVID restrictions were laxed, Harley dealers were told that service training and upskilling for this new bike would take place with little to no delays. Sadly, a few weeks later the announcement came that the brand was ceasing India operations.

The Path Ahead
This will be an arduous one, for all: Hero, Harley, customers and dealers. Firstly, for the existing customers, Hero will be stocking parts and stuff for the Sportsters, Softails and Touring models at the 10 dealers to begin with, more to be added in due course.

However, there’s some trouble for the Street 750 & Street Rod owners. The spares for bikes will be difficult to procure, current suppliers having either stopped making them already or weaned off production by a drastic amount. Certain parts are already unavailable, with no scope of them arriving at all. So, what do the customers do? The dealer suggests jugaad.

If you had dreamt of buying a Sportster or a Softail, the dealers are selling units off at no extra margins to somehow make ends meet. There is a strong bond between the dealers, all 33 of them. Hence, if there are any unsold stock from the 23 non-continuing ones, the other 10 are likely to sell them off from their end and help out the others.

In their contracts, Harley-Davidson might buy back the existing lot of accessories and riding gear at a 10 percent discount of the dealer purchase price. That "might," though, is a big asterisk to note.

The glimmer of good news is that the new HD for India is being developed by Hero and Harley. The earliest that we will hear any concrete news regarding this bike is in 2023. For the next 3-4 years, the Harley dealer network will once again grow from a measly 10 to something healthier. This bike will be sold through Harley dealers as well as new premium Hero outlets that will pop up across the nation.

The Pan America 1250 will arrive in India in 2021. Hopefully, that will bring in some much needed excitement back to Harley-Davidson, helping dealers out in the process as well.