Ducati to start production of Multistrada 1200 Enduro in Thailand 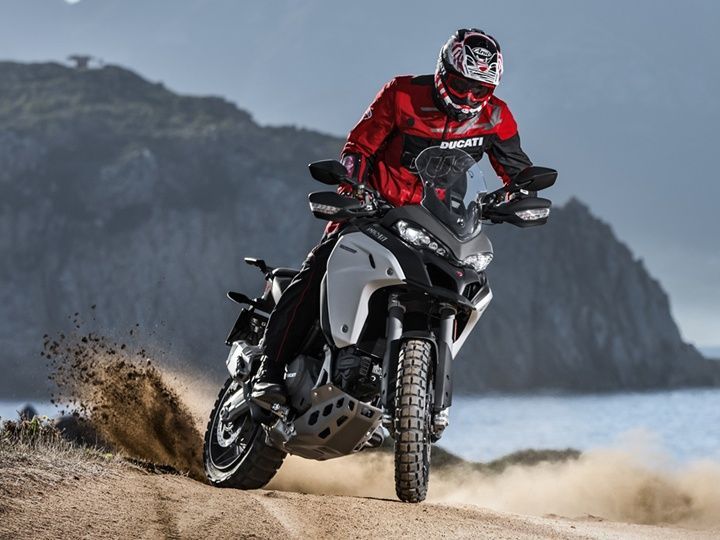 Ducati re-entered the Indian market in 2015 officially, with a proper plan in place, and launched a range of products here. The Italian bike maker is set to expand its product line-up further this year, by bringing in its new middleweight supersport machine, the Panigale 959 here by mid-2016. The launch of the smaller Panigale will be followed up with the launch Ducati's more go-anywhere adventure tourer, the Multistrada 1200 Enduro that made its international debut last year at the Milan Motor Show. This is the more hardcore version of the Multistrada that claims better abilities off tarmac, making it a proper adventure tourer. The Multistrada 1200 Enduro is expected to be launched around the 2016 festive season, in the last quarter of the calendar year.

Ducati is already manufacturing the ‘regular’ or softer touring version of the Multistrada in Thailand, which has been on sale for a few years now and received comprehensive updates last year including LED headlamps with cornering function, semi-active suspension and revised fairing design with enhanced air intakes. The new Multistrada will come goodies like cornering ABS, traction and wheelie control, adjustable riding modes and ride by wire. Also, for the first time ever, the Enduro version will also come equipped with cruise control. All this aside, in the fully specced out trim, the Enduro also gets hill hold function and additional aluminium panniers. To live up to the Enduro title it also comes fitted with 19-inch spoke wheels instead of 17-inch alloys on the 'regular' model. The front as well as the rear wheels get 200mm of travel as opposed to the 170mm on the standard model. Needless to say the changes have had an affect in its overall weight. The Enduro model weighs 225kg while the standard model tips the scale at just 209kg.

The Multistrada 1200 Enduro is powered by the an updated version of Ducati’s tried and tested 1,198cc Testastretta V-twin unit that uses Desmodromic variable valve timing, a first for any production bike, Ducati claims. The new bike thus makes 160PS, which is about 10PS more than the older version. Peak torque produced is a lofty 136Nm, which for the record as much as than the formidable Kawasaki Ninja H2 superbike. To help the rider tame this beast, Ducati has equipped the Multistrada with what it calls Inertial Measurement Unit (IMU). The system helps measure the rate of change in roll, yaw and lean angles as well, thereby adjusting everything from the Skyhook semi-active suspension, cornering ABS and more.

Ducati has been selling the regular Multistrada 1200 in India since last year, and will add the Enduro version to its line-up this year, a bike that is expected to face-off against well-acclaimed adventure touring machines like the BMW R1200GS and Triumph Tiger 1200 Explorer. When launched, expect prices of the Enduro version to begin around the Rs 18 lakh mark.