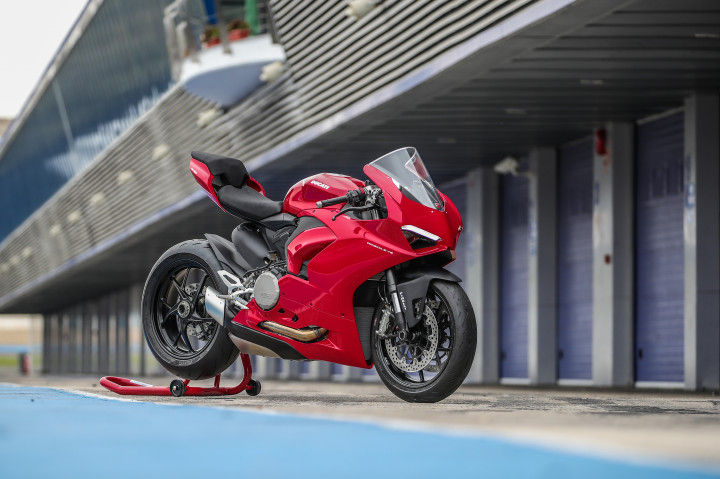 The ongoing COVID-19 pandemic has had a detrimental effect on the two-wheeler world as well with many new bike launches being delayed. The Ducati Panigale V2 is one among the many motorcycles that were slated to launch a few months back but had to be pushed ahead. Now there's finally some good news for ‘Ducatistas’ as the Italian brand has commenced booking for its upcoming superbike for a token amount of Rs 10,000. While Ducati hasn’t shared the launch date, we can confirm it’s scheduled for August 2020.

The Panigale V2 will be the first BS6-compliant motorcycle from Ducati to go on sale in India. The next BS6 offering in our market might either be the Panigale V4, the new Streetfighter V4 or the Multistrada 950, the latter one has already received its Euro 5/BS6 updates. Coming back to the Panigale V2, it’s the successor to the 959 Panigale and is the so-called ‘entry-level superbike’ in the Ducati portfolio.

As you can see, the bike has received completely new styling similar to the Panigale V4. The best design update is the underbelly exhaust muffler that replaces the side-slung muffler on the 959 Panigale which stuck out like a sore thumb. Another neat addition is a modern 4.3-inch colour TFT screen to replace the older LCD unit. We have already ridden the bike and you can read the Ducati Panigale V2 review.

The bike is powered by the same 955cc ‘L-twin’ motor as seen on the older bike but it’s now BS6 compliant while producing 155PS and 104Nm, an increment of 5PS and 2Nm. The monocoque chassis and the suspension hardware have also been carried forward on the new bike. Electronic goodies on the Panigale V2 consists of a new 6-axis Inertial Measurement Unit (IMU), cornering ABS, multi-level traction control, wheelie control, bi-directional quickshifter and engine brake control.

In terms of pricing, we expect the Ducati Panigale V2 to carry a price tag of around Rs 16 lakh (ex-showroom).