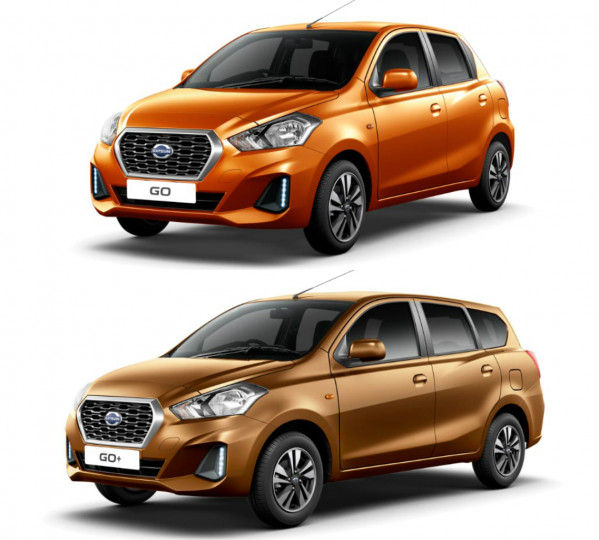 Our last brush with the GO twins was when we brought you all the information about the BS6 versions. Back then, we also reported that the impending launch would happen after the nationwide lockdown. But Datsun has gone ahead and launched the GO and GO+ BS6. Prices for the 5-seater GO start from Rs 3.99 lakh while the bigger 7-seater GO+ is priced upwards of Rs 4.19 lakh. Datsun is yet to release the detailed price list of all variants of both the cars. In the meantime, here is a comparison of the base prices of the BS4 and BS6 version.

The Datsun GO and GO+ are offered in a total of five variants: D, A, A(O), T and T (O). Only the top-spec T and T (O) variants are offered with an automatic transmission like before. The colour options on offer are Ruby Red, Bronze Grey, Amber Orange, Crystal Silver, Vivid Blue, and Opal White. Both cars also come with a standard two-year warranty which can be extended up to five years.

Under the hood is the same 1.2-litre petrol engine which develops 77PS/104Nm in its BS6 guise. This also means that the manual gearbox variants of the GO are now available in the 77PS tune rather than 68PS like before. The gearbox option in question is a 5-speed manual. Datsun claims a fuel economy figure of 19.02kmpl for the GO and GO+ manual. The BS6 GO CVT and GO+ CVT are claimed to return 19.59kmpl and 18.57kmpl.

Some notable features in both cars are vehicle dynamic control (ESP), dual front airbags, ABS, EBD, brake assist, rear parking sensors, as well as a 7-inch smart touchscreen with Android Auto and Apple CarPlay connectivity. With the update, Datsun has also introduced a financial scheme wherein you can buy the car now and pay in 2021. The carmaker is also offering 100 per cent finance option, low EMI benefit, and EMI assurance benefit.

The Datsun GO rivals the Hyundai Santro and Tata Tiago while the GO+ takes on the Renault Triber, even though the Triber is not exactly a direct competitor in terms of price.