More Range, More Power And A Lower Price Tag, That’s The Ather 450X For You

The 450X is available with two subscription packs -- Pro and Plus 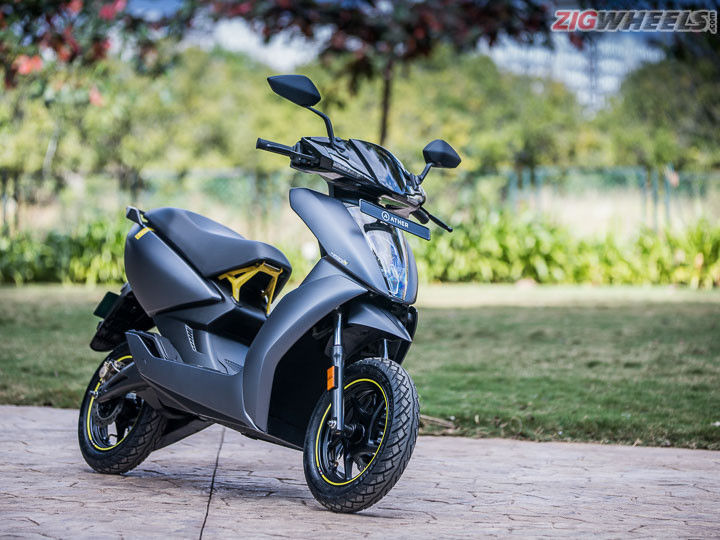 Ever since we first rode the Ather 450, we have maintained that it is one of the best electric scooters out there. But Ather has proved us wrong by launching the 450X variant, which has more range, more power and gets new features as well. What’s more interesting is that the new Ather 450X is priced at Rs 99,000 in Bengaluru and Rs 85,000 in Delhi (both prices ex-showroom)! Wait, is Ather selling the top-end 450X variant for much less than the standard model? Umm, technically, yes.

The Ather 450X can be had via two subscription packs for now -- Pro and Plus. While customers have to pay Rs 1,699 every month for the Plus pack, they have to pay Rs 1,999 for the Pro pack. However, the coolest part is that you can change the pack according to your needs. For example, if you have opted for the Pro pack and you want to experience the Plus pack for a few days, you can do that by just paying the extra amount. Ather has also announced that it will roll out new packs for customers in the future. But you can also buy the scooter for an upfront amount of Rs 1.49 lakh for the Plus variant and Rs 1.59 lakh for the Pro pack.

Is the Ather 450X just an updated version of the standard model? Err, it’s more than “just an update.” Ather has massively tweaked the internals of the scooter. Just to give you a perspective, the 2018 model weighed 118kg while the new variant tips the scale at 107kg -- that’s 11kg lighter than before! Most of this weight reduction has come by optimising the electronics package.

While the battery pack is all-new and is now denser than before, the motor is actually the same unit. But Ather has tweaked it for more power. The Plus pack, being the top-of-the-line package, gets a 2.61kWh battery pack and a 6kW motor. The Pro, on the other hand, has similar figures as the older Ather 450 (2.5kWh and 5.4kW). All the changes to the battery and motor means that the Plus pack gets a range of 85km in Eco mode and a top speed of 80km. Torque has increased from 20.5Nm to 26Nm in the Plus pack. Apart from this, the rest of the mechanicals remain the same as the standard model.

In terms of feature, the standard 450 is the most loaded electric scooter out there and the 450X has pushed the envelope a little further than before. Because apart from all the features that you’d find in the standard model like a TFT display and a reverse mode, it comes with additional ones like 4G and Bluetooth connectivity, ‘Find My Vehicle’ function and a new ‘Warp’ ride mode, which offers better acceleration. Moreover, the Bengaluru-based startup has replaced the Linux operating system with Android.

The 450X will be available in Hyderabad, Pune, Delhi and Mumbai apart from Bengaluru and Chennai. Other cities still in the pipeline include Kochi, Coimbatore, Kolkata and Hyderabad.