The electric superbike was first showcased at the 2018 EICMA 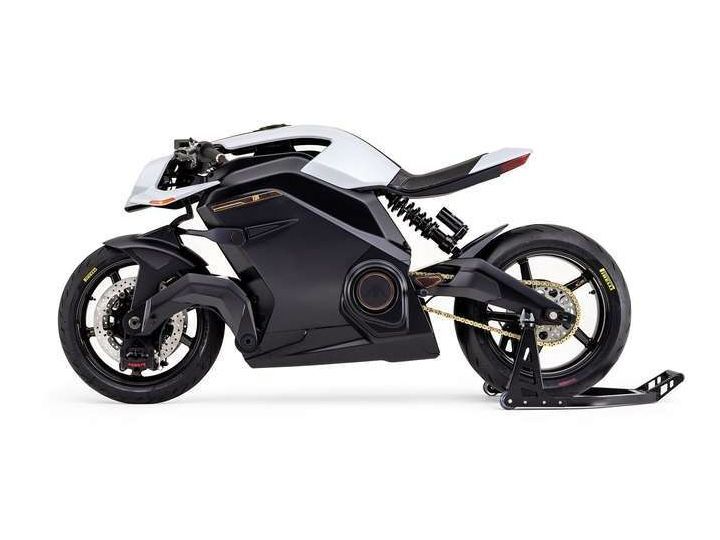 At the 2018 EICMA, amongst all the high-end petrol-powered superbikes, there was one electric motorcycle which grabbed the most eyeballs. We are talking about the Arc Vector. The company has announced that its bonkers electric superbike is finally making it to the production stage next year! Each unit will be priced at $118,000 (Rs 82 lakh), but even if you have that kind of moolah, you need to act fast as only 355 units will be available worldwide.

Just to give you a refresher, the Vector is powered by a 399V electric motor that pumps out 140PS of power and 85Nm of peak torque. That’s 140 horses raring to go the moment you twist your wrist! The company claims that the Vector will sprint from 0-100kmph in just 2.7 seconds and has a top speed of over 200kmph. Arc says that the Vector has a range of 193km on the highway and 274km in the city, which is quite astonishing for an electric superbike in its segment. It gets a carbon fibre swingarm, Ohlins TTX suspension at both ends and Brembo brakes at either end.

The company will also offer a helmet along with the bike and it’s not just any ordinary helmet, mind you. This one gets a head-up display which shows useful information such as speed, navigation and range. Also, the helmet has a camera attached to it on the backside which projects the feed in front of your eyes and it also acts as a keyless ignition for the bikes.

And if you thought that was it, you'd be wrong. Customers will also get a riding jacket, which is, you guessed it, quite impressive. The jacket has inbuilt sensors which provide haptic sensations on the rider’s shoulders to warn him/her if there’s a vehicle in the blind spot. Now, this might sound a bit odd, but it’s true; the jacket has speakers embedded in it!

Yes, this bike costs more than the insanely fast Kawasaki Ninja H2R, but does Kawasaki offer a jacket with in-built speakers?