These models are part of Indian Chief’s centenary celebrations 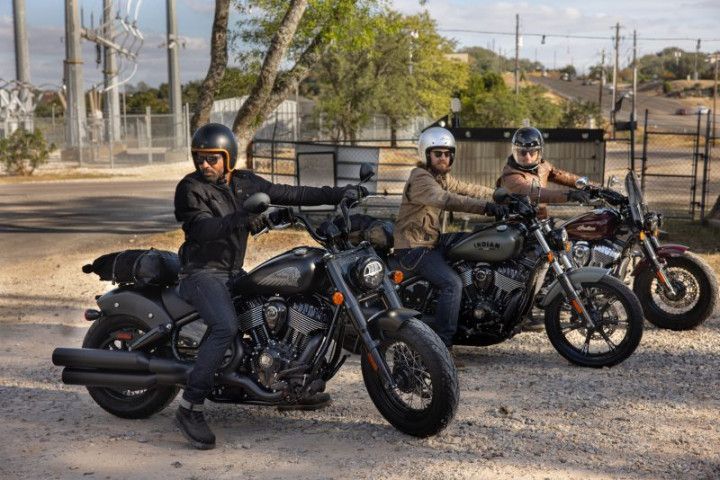 Not long ago, we reported that Indian Motorcycle’s was all set to drop the 2022 Chief lineup in India and the manufacturer has done exactly that. It has launched its 2022 Chief lineup including the Chief Dark Horse, Bobber Dark Horse and the Super Chief Limited have been brought in at a starting price of Rs 20,75,922 (ex-showroom India). The bikemaker has also opened bookings at a token amount of Rs 3,00,000. Deliveries are expected to begin soon through Indian’s six dealerships in Delhi, Chandigarh, Ahmedabad, Bengaluru, Chennai and Cochin.

The 2022 Indian Chief models, which are part of Indian Chief’s centenary celebrations, come with a more sleek and modern appeal as compared to the previous lineup.

As for the Chief Bobber Dark Horse, it gets a mini-ape handlebar, 16-inch spoke wheels as well as front and rear suspension covers for a chunky appeal. Indian is offering the Bobber in three dark shades: Black Smoke, Titanium Smoke, and Sagebrush Smoke.

Last in the lineup, we have the Super Chief Limited. Unlike the other two models, the Super Chief is more comfort/touring-oriented with a cruiser handlebar, broad footboards, quick-release windscreen, leather saddlebags, 16-inch spoke wheels, fork covers, and a chrome exhaust system. It is offered in Black Metallic, Blue Slate Metallic, and Maroon Metallic colour, making it the most vibrant of the bunch.

The bikes are powered by Indian’s BS6-compliant, Thunderstroke 116 V-twin engine that makes 162Nm of torque, paired to a 6-speed gearbox. Much like the FTR1200, these models also feature Indian’s rear-cylinder deactivation. The engine sits in a new steel-tube frame with a cast-aluminium rear subframe. It gets Pirelli Night Dragon tyres and single disc brakes at both ends.

The 2022 Indian Chief lineup goes against the BMW R 18, while in the price bracket, the Triumph Rocket 3 is also an alternative. The latter has also received a Black Edition, just like the Chief Dark variants.