The 2022 Indian Chief Lineup Is Here! 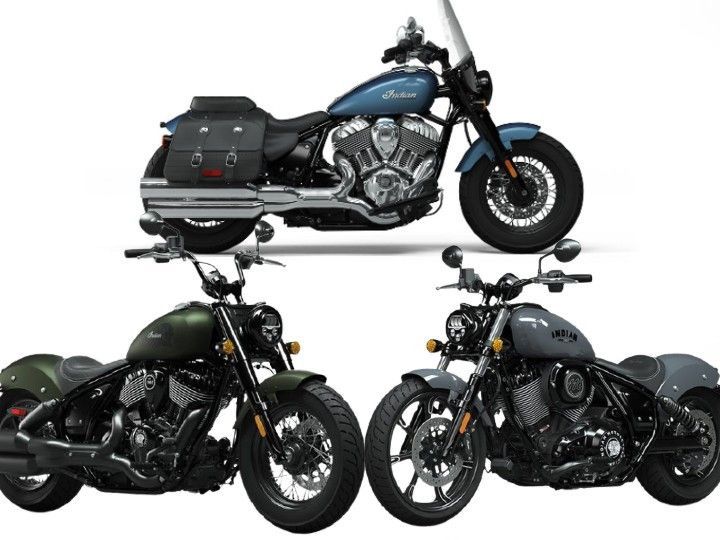 Indian Motorcycles has launched the 2022 Chief lineup in India. The range comprises three bikes: Chief Dark Horse, Chief Bobber Dark Horse, and Super Chief Limited. These come to India as CBU offerings, at prices starting from Rs 20.75 lakh (for the Chief Dark Horse in the Black Smoke paint scheme) and going up to Rs 22.84 lakh (for the Super Chief Limited in the Maroon Metallic shade). All prices, ex-showroom. The complete list of prices is as under:

All three bikes share the same Thunderstroke 116 V-twin engine, which displaces 1890cc and makes 162Nm at 2900rpm. Even the chassis is common between the three, save for subtle changes like the Chief Dark Horse running a 19-inch front and 16-inch rear wheel while the other two running 16-inchers, both front and rear.

Another fundamental difference is function. The Chief Dark Horse and Bobber Dark Horse are low-slung cruisers with low, flat handlebars and bobbed fenders. Meanwhile, the higher handlebar, large flyscreen, and saddlebags on the Super Chief Limited set it apart as a relaxed mile-muncher.

Another subtle visual distinction is that while all the bikes here sport the ‘Indian’ emblem on their tanks, the Bobber Dark Horse, in its Black Smoke shade, gets the Indian ‘War Bonnet’ insignia.

All three come kitted with LED illumination and keyless ignition. The 4-inch single-pod cluster -- which imparts the usual functions of a speedo and tacho while carrying on the traditional, minimal cruiser look -- is actually a Bluetooth-enabled touchscreen unit! Dubbed ‘Ride Command’, it provides turn-by-turn navigation, controls ride modes (Tour, Standard, and Sport), lets you answer and decline calls, and manages your music -- all via the switchgear.

The 2022 Indian Chief lineup goes head-to-head against similarly priced (and equipped) bikes like the BMW R18 and Harley Davidson Fat Boy. And if you’re feeling a bit adventurous, you could also plonk for the Triumph Rocket 3.