2019 Los Angeles Auto Show: Here Are All The Cars We Saw 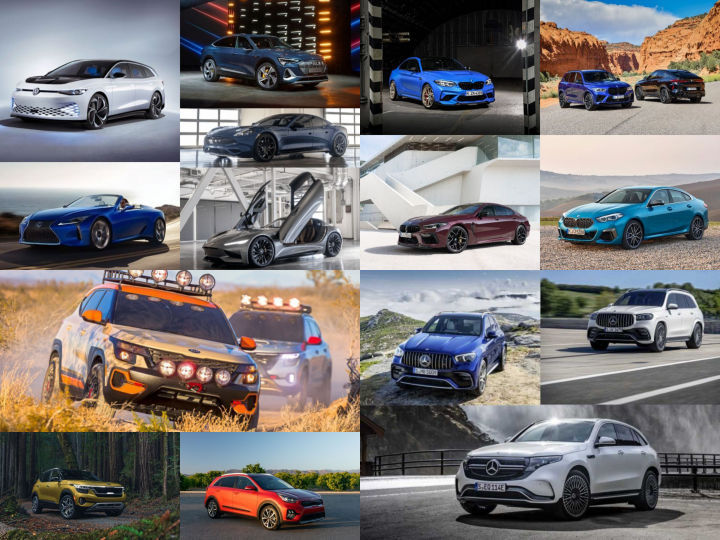 This year’s Los Angeles Auto Show, happening between November 18 until December 1 is at full swing with the press schedule coming to an end today. Auto Shows are generally big and it goes without saying that the LA Auto Show is one of the most prestigious motor shows in the world. Every year at the Los Angeles convention centre in California, the world gets to witness the latest innovations in the automotive space that will pave the road to the future. With the whole industry going through a transition to electrification, the 2019 LA Auto Show was filled with electric, hybrid and some ICE-powered vehicles from so many manufacturers that keeping track of the whole show might turn out to be futile. So, we decided to bring you all the action in a single read. Ready?

Hyundai was one of the few carmakers that showcased a whole variety of cars right from a concept to a racecar and everything in between. The concept T is what we are going on about here. It is a plug-in hybrid SUV and going by the design, it is likely to pave the way for the new Tucson. The racecar is the RM19 Prototype that is propelled by a 2.0-litre turbocharged four-cylinder engine producing 390PS of power. Hyundai also refreshed the hybrid, electric and plug-in hybrid versions of the Ionic.

The main talking point from Toyota’s exhibits was the RAV4 Prime which is faster than say, a Jaguar F-Type 2.0. Yes, 0-100kmph is doable in 5.8 seconds with the RAV4 Prime thanks to  2.5-litre 4-cylinder petrol engine that works in conjunction with electric motors to push out 302 PS. Toyota also showcased its hybrid fuel cell vehicle, the Mirai.

What Kia had in stock for us were the 2021 Seltos, Seltos X-Line Concepts and the 2020 Niro Hybrid Facelift. The US-spec 2021 Seltos gets some minor design changes, 18-inch wheels and slightly redesigned cluster area and ac vents surrounds.The X-Line concepts are one off models with sufficient modifications to make them trail ready. The trail concept also gets a 2-inch lift kit that gives it a ground clearance of 233mm! Kia also unveiled the facelifted Niro hybrid SUV at the show.

2019 LA Auto Show saw three new SUVs from the three pointed star: AMG GLE 63, AMG GLS 63 and the EQS. Two fire breathing monster SUVs and a relatively muted and green SUV. Balanced as all things should be. Although old school with its high capacity V8s, deep down, the AMG SUVs are also embracing the future with a mild-hybrid setup.

BMW’s space at the 2019 LA Auto Show was overloaded with M cars starting with the M2 CS to big brutes like the X5 M and X6 M. The M2 CS, M8 Gran Coupe and the 2 Series Gran Coupe made its global debut. The X5 M, X6 M and the M8 Gran Coupe is also available in an even more focussed Competition guise.

After a long hiatus of 10 years, the Trailblazer has made a return to the US at the LA Auto Show. The SUV takes inspiration from other Chevy SUVs and uses a  1.2L turbo and 1.3L turbo engine, with the latter developing 155PS. The Trailblazer is set to reach the dealerships by 2020 with a sticker price tag of USD 20,000 (Rs 14.35 lakh).

Audi unveiled the stylish e-tron Sportback and the Urus-rivalling RS Q8. The Sportback will be offered in two versions: 50 quattro and 55 quattro with prices starting at USD 79,052 (Rs 56.64 lakh). The RS Q8 is basically a super SUV that uses a 4.0-litre twin-turbo V8 engine with 600PS/800Nm. We say Urus’ got a new nemesis from it’s own fraternity.

Volkswagen showcased the ID Space Vizzion wagon at the 2019 LA Auto Show making it the third ID model in the lineup after the ID.3 and ID.4. It gets VW’s 4MOTION 335PS  all-wheel drive system and a 275PS RWD version. The other exhibit from VW is the mad Atlas Cross Sport R that will take part in the 2020 SCORE BAJA 1000 off-road race in Mexico.

Lexus made use of the 2019 LA Auto Show for the world debut of the Lexus LC500 Convertible. Positioned ahead of the driver is a 5.0-litre naturally aspirated V8 producing 471PS and 540Nm of twist through a 10-speed gearbox. Lexus claims that the soft roof can retract in 15 seconds within speeds of up to 50kmph. The Japanese carmaker also promises that the ‘vert will have similar dynamic and handling traits to LC500 Coupe. Now, that’s interesting.

Porsche’s main attraction at the 2019 LA Auto Show were three cars: Taycan 4S, Macan Turbo and 99X. The entry-level Taycan 4S uses a smaller 79.2 kWh battery pack developing 530PS. Prices for the Taycan 4S begin from USD 103,800 (Rs 74 lakh, excluding taxes) making it USD 76,000 (Rs 54 lakh) more affordable than the top-spec Taycan Turbo S. Porsche’s second exhibit was the new Macan Turbo which gets a downsized  2.9-litre V6 that makes more power than before. So, no complaints there. Last but not the least, Porsche also debuted the all-electric 99X racecar which will participate in the upcoming FIA Formula E Championship.

First up from the all-electric carmaker is the SC2 concept which is an electric hypercar concept developing around 1000PS/14,000Nm of torque. Thanks to these figures, it can also sprint from 0-100kmph in 1.9 seconds. Karma also showcased the Revero GTS sedan with 580km range.

Faraday Future’s new CEO Carsten Breitfeld revealed the future of the for the company’s along with the FF 91 SUV. It is fast for an SUV with the 0-100kmph coming up in under three seconds. Apart from that the SUV also gets a range of 680km. The company is yet to share further details on the SUV, including price and the launch date.

Ford’s luxury marque, Lincoln, unveiled the Corsair Grand Touring hybrid SUV in LA yesterday. Powered by a 2.5-litre Atkinson cycle engine and an electric motor, the Corsair makes 270PS. The car is yet to be tested by the EPA, but Lincoln has disclosed an all-electric range of 40km. A host of driver assistance features will be a part of the Lincoln Co-Pilot360 will be standard, with Co-Pilot 360 Plus available as an upgrade.

Hyundai’s luxury car wing, Genesis, has unveiled the 2020 G90 at the ongoing 2019 Los Angeles Auto Show. The luxo barge gets a complete design revision with a massive grille up front. Under the hood sits a V6 or V8 powertrain with enough power to compensate for the heft.  The G90 goes on sale in December 2019.

Mazda North American Operations has debuted the CX-30 crossover at the LA Auto Show this year. The CX-30 is the second vehicle to feature the new Mazda Kodo design language, which it shares with the Mazda 3. The 2020 CX-5 and 2020 CX-9 SUVs will also be shown on the public days of the LA Show which begins this weekend. Mazda says the two SUVs will get performance updates: a Harmonic Engine Enhancer, higher maximum torque output, and better all-wheel traction. The Mazda 6 and MX-5 RF will also be on display alongside the 3 and 3TCR.

Infiniti unveiled its Edition 30 vehicles at the LA Auto Show, the Q50 and Q60 sedans and QX80, QX60, and QX50 SUVs. The Infiniti Qs Inspiration and Project Black S concepts were also on display. The luxury brand of Nissan now provides the ProAssist suite of driver assistance technologies as standard on Edition 30 vehicles. Earlier, they were part of the ProAssist package. Edition 30 is a limited-production special edition, and also adds exterior trim additional to standard variants.

The Italians are back and for 2020, Alfa Romeo has updated the Stelvio and Giulia with some minor cosmetic revisions, interior updates and more safety tech. Both the cars also get an 8.8-inch touchscreen with a better UI. That said, both the Stelvio and Giulia remain mechanically similar and use the gem of a 2.9-litre V6 in their Quadrifoglio versions.

While the 500X was never a looker like its hatchback cousin, Fiat has changed some trim bits around in the 500X Sport. The crossover was unveiled at LA for its North American debut. With 180PS and 285Nm from its 1.3-litre MultiAir III engine, the Fiat 500X Sport makes for a lovable companion for everything from camping trips to the ride to work. Fiat claims a highway fuel economy of 30mpg (12kmpl) for the all-wheel-drive car. 70 safety features also include driver assistance features like adaptive cruise control. They come standard on all variants of the 500X Sport. Can the new updates make this car fun to drive? We can’t wait to find out.