Before we talk about Auto Expo 2020, here are some eye-catching unveils, from near-production prototypes to updated models, which we saw at last year's edition 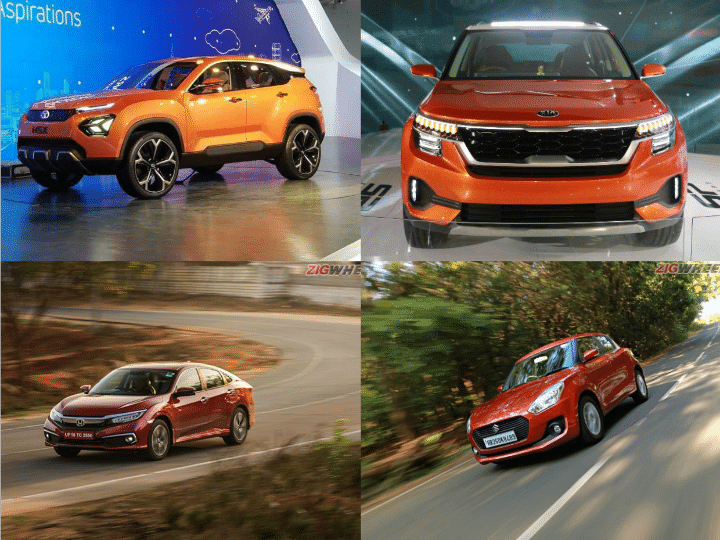 As we countdown to the Auto Expo 2020 set to take place between February 7 and 12, we already know who’s coming and what they are bringing to the show. So in this latest edition of flashback Fridays, we take a look at the most eye-catching unveils from the Auto Expo 2018. Here are some of the best ones displayed a year ago:

Tata’s Pavilion at the Auto Expo 2018 was much talked about with models like the 45X concept, Tigor and Tiago JTP (Jayem Tata Performance), Tigor and Tiago EVs, and the Racemo and the Racemo+,  apart from their current lineup of cars. However, what took centre stage was the H5X concept, which turned out to be the Harrier SUV in January 2019. What’s special about it is that we got a first look at the Impact Design 2.0 language and the Harrier stayed very close to the concept’s design.

Aside from the H5X (Harrier), Tata also took the wraps off the 45X hatchback concept, which is essentially the Altroz set to be showcased this December. Interestingly enough, we could see the launch of this hatchback at the current edition of the Auto Expo. It is expected to be powered by a 1.2-litre naturally aspirated unit, a 1.2-litre turbo-petrol motor and a detuned version of the Nexon’s 1.5-litre diesel engine. It has already been spied numerous times testing in the country. Post launch, it will take on the likes of the Maruti Suzuki Baleno, Hyundai i20, Honda Jazz and Toyota Glanza.

Maruti Suzuki took advantage of being the only manufacturer to hold an event on the second day of the Auto Expo 2018 to launch the third-gen Swift hatchback. It started off with a price tag of Rs 4.99 lakh and retained the 1.2-litre K-series petrol and the 1.3-litre DDiS diesel -- with power outputs also remaining the same. Since it is based on the new Heartect platform, the Swift is 40mm wider and a 20mm longer wheelbase than its predecessor.  The carmaker also equipped the Swift with front-dual airbags as standard along with ABS and ISOFIX child seat mounts as well.

Honda went back to its roots at the Auto Expo 2018 with the unveiling of the fifth-gen CR-V. The main talking point about this was the fact that it finally got third row seating and a diesel engine for the first time in its model history. The diesel mill is a 1.6-litre turbocharged i-DTEC motor producing 160PS of power and 350Nm. Honda eventually launched the SUV in October with the current price range between Rs. 28.27 and 32.77 lakh .

Honda’s next highlight at the Auto Expo 2018 was the unveil of the current-gen Civic after its predecessor was discontinued in 2013. It retains the coupe like profile with modern touches like all-LED headlamps, DRLs, 17-inch machine cut alloy wheels and a sunroof. The front-end also gets a buffed up revision. Powering the Civic is a 1.8-litre, petrol mill producing 141PS/174Nm and a 1.6-litre,  turbocharged diesel engine developing 120PS and 300Nm. Honda finally launched the sedan in March this year, currently priced between Rs. 17.94 and 22.35 lakh offered in three variant trims and five colour options.

Kia announced its formal entry into the Indian market at the Auto Expo 2018 with models like the  Stinger 4-door GT showcased. However, the main highlight was the SP Concept, which is now the popular Kia Seltos SUV. Post its launch on August 22, the Seltos has gone on to become one of the best selling cars in India, being the 5th largest carmaker in India (according to volumes). And this is with just one product in its lineup so far. The Seltos with its affordable pricing and a variety of options has become a segment disruptor. Kia isn’t stopping here as its next model is the Carnival MPV followed by a sub-4m SUV to rival the likes of the Hyundai Venue.