We Thought The Lexus LC 500 Couldn't Get Any More Gorgeous, Until We Saw The Convertible At LA 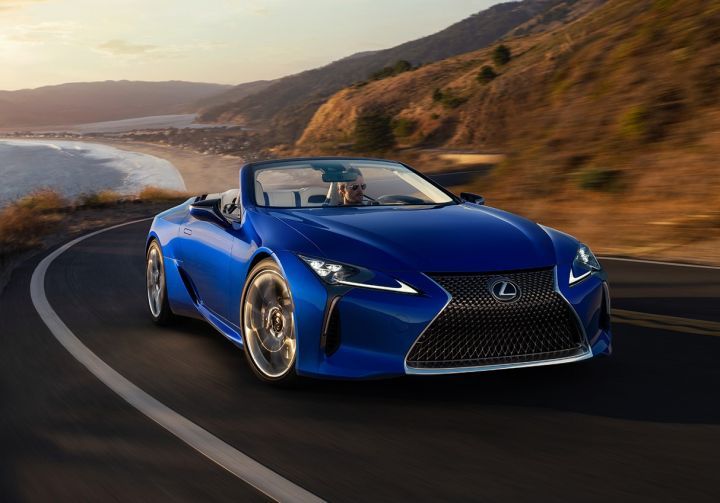 Remember the stunning LC 500 Convertible showcased at the 2019 Detroit Auto Show? Well, Lexus has finally decided to put it into production. The convertible version of the grand tourer has made its global debut at the ongoing 2019 LA Auto Show and we can confirm that it looks exactly similar to the concept version -- which is to say beautiful.

Lexus promises that the LC 500 Convertible will be dynamically similar to the coupe version even though it lacks an integral component that adds to the structural integrity of the car. They worked around this problem by improving the chassis rigidity using various structural braces. The suspension has also been tweaked to handle the increased kerb weight (by 104kg). Furthermore, engineers have also repositioned the rear suspension brace tower and reduced the weight at the rear using a lightweight die-cast aluminum suspension brace.

The heart of the matter is still the same naturally aspirated 5.0-litre V8 married to a  Direct-Shift 10-speed automatic transmission. At 471PS and 540Nm , output figures are similar to the coupe . We can't find the official acceleration figures but it won't be far away from the coupe, which does the 0-100kmph sprint in 4.7 seconds.

The biggest change, however, is the soft top that can retract in 15 seconds and come back in a similar 16 seconds, within speeds of up to 50kmph. The 4-layer soft top is resistant to wrinkling and has also got sound insulation properties. But with the roof down, you can now listen to the glorious V8. “There’s no electronic sound generation here!” says Lexus. And they take it pretty seriously too. Like the LFA’s brilliant Yamaha-engineered setup, the LC 500 Convertible also uses a diaphragm that transmits the intake pulses into the cabin via a sound pipe.

The blue colour that you see here in pictures is actually the LC 500 Convertible Inspiration Series that will be limited to 100 units. Lexus will commence sales for the convertible from summer 2020. There are no news about its possibility for India, but we are definitely getting the LC 500h hybrid Coupe by early 2020.