Following in the footsteps of the Grand i10 facelift, the Xcent facelift carries over cosmetic enhancements, added equipment and an updated diesel motor. 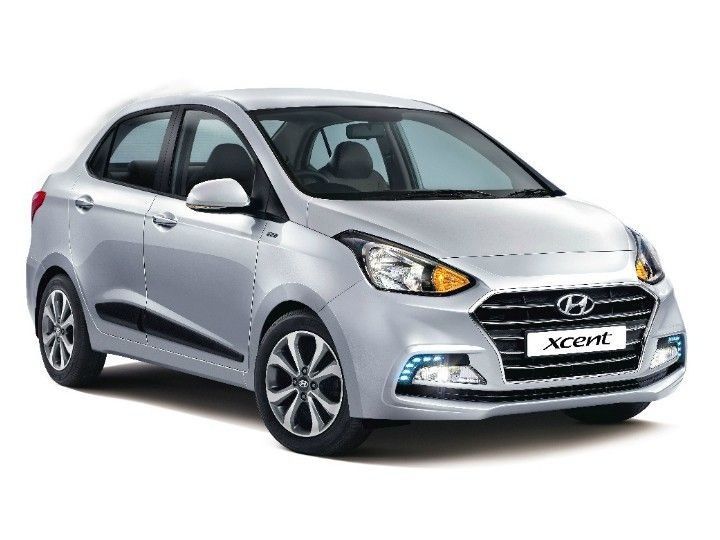 Hyundai India has launched the updated Xcent, their sole compact sedan in India, at a starting price of Rs 5.38 lakh (ex-showroom, Delhi), today. The sub-4 meter sedan carries forward changes from the Hyundai Grand i10 facelift, which the Xcent is based on. Let’s look at five things that are new in the updated Xcent.

The new Xcent gets a reworked fascia which includes Hyundai’s new cascading grille, featuring horizontal chrome slats. The front bumper is new as well and now includes LED DRLs in the fog lamp housing. The rear gets split wraparound tail lamps with a chrome strip joining the two. Coming over to the rear bumper, it now features a thick black cladding, which in turn gives it a dual-tone effect. The updated Xcent also gets a shark-fin antenna now.

Hyundai is offering a 7.0-inch infotainment system with support for both Apple CarPlay and Android Auto along with MirrorLink connectivity. However, the same would only be applicable for the top-spec variants. The screen also doubles up as a rear-view camera display.

Instead of the 1.1-litre diesel unit on the current model, the new Xcent will get an updated diesel engine - a 1.2-litre, 3-cylinder U2 CRDi unit that puts out 75PS of maximum power (as compared to the 72PS earlier) and 190Nm of peak torque (as compared to the 180Nm before). The petrol motor will be the same 1.2-litre unit as seen on the current model. Also, Hyundai now offers Alternator Management System (AMS) as standard across the range. AMS charges the battery only while the car is coasting, thereby reducing the strain on the engine. While doing so, AMS helps in improving efficiency and performance.

Hyundai has now made dual-airbags standard across the Xcent range. However, ABS is not part of the standard equipment.

What will you miss?

Hyundai is not offering ABS in the base ‘E’ variant. The E variant will also miss out on central locking, day/night IRVM, full wheel cover for the steel wheels, rear centre armrest, digital clock and the passenger-side vanity mirror.

With the compact-sedan segment heating up with the launch of the Ford Aspire Sports, Tata Tigor and the upcoming next-gen Suzuki DZire, the Xcent has its task cut out in front of it. Hyundai hopes to keep its numbers steady with the updated Xcent in the segment.