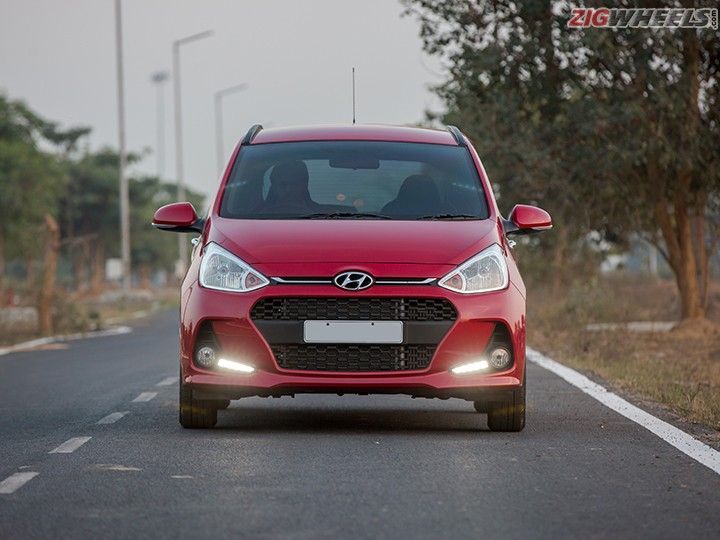 Hyundai will launch the 2017 Xcent on 20 April, hot on the heels of the Tata Tigor and before Maruti Suzuki gets to launch the all-new Swift DZire. With competition getting tougher by the day, swaying buyers in its favour is going to require more than just a nip and tuck. Here's a list of five things you can expect from the 2017 Hyundai Xcent.

The new Xcent is going to look a lot like the Grand i10 facelift with the upper half of the grille stretched to give it a cascading appearance. The grille will now feature a chrome surround with horizontal slats dipped in the shiny paint. The lower part of the bumper will include the LED daytime running lights positioned right next to the fog lamp enclosures. Changes at the rear of the compact sedan will be more comprehensive than the Grand i10 as it'll now get wraparound tail lights that take over some real estate on the boot lid as well as giving the car a wider stance.

We're expecting the all-new alloy wheel design from the updated Grand i10 to make an appearance on the compact sedan as well.

Currently, the Xcent is available with the option of a 1.2-litre, 4-cylinder petrol engine and a 1.1-litre, 3-cylinder diesel engine. The petrol motor will be carried over unchanged, but the diesel variants will now get the new 1.2-litre, 3-cylinder unit that made its debut on the updated Grand i10.

The new engine makes 75PS of power and 190Nm of torque, up from a 72PS and 180Nm. Despite a modest bump in power and torque, the new Grand i10 diesel is a lot more eager to pull forward and requires minimal downshifts in the city. But it does retain that typical 3-cylinder shake at the crank and kill. We expect the engine to behave the same way in the Xcent facelift while improving its drivability at the same time.

Infotainment systems in cars is one area that's best left to the Silicon Valley giants. Hyundai has recently started adding touchscreen infotainment in its cars, and the inclusion of a 7-inch system with Apple CarPlay and Android Auto makes it a perfect companion for the road.

In this ‘connected’ day and age, car buyers expect infotainment systems to work as seamlessly as their smartphones and Apple and Google allow for that seamless transition.

The Hyundai Xcent comes with ABS and driver airbag as standard equipment. Latest rumours suggest that the Korean carmaker is going to drop ABS from the safety kit and replace it with a passenger airbag.

While airbags can prove their worth in the event of a crash, dropping ABS, which helps prevent an accident in the first place, seems like a bad move. Let's hope we're wrong about this one.

The Xcent is currently priced between Rs 5.44 lakh and Rs 7.89 lakh (ex-showroom Delhi). With the extra features and a fresh look, we can expect a slight bump in the price tag. It is likely that the Xcent facelift will be priced at Rs 5.5 lakh for the base petrol engine and go up to Rs 8 lakh for the SX (O) trim with a diesel engine.