Mahindra’s Much Awaited Offering, The Scorpio-N, Launched At Rs 11.99 Lakh

The new Mahindra Scorpio N promises to be much more premium and upmarket than ever before. It will be sold alongside the second-generation SUV 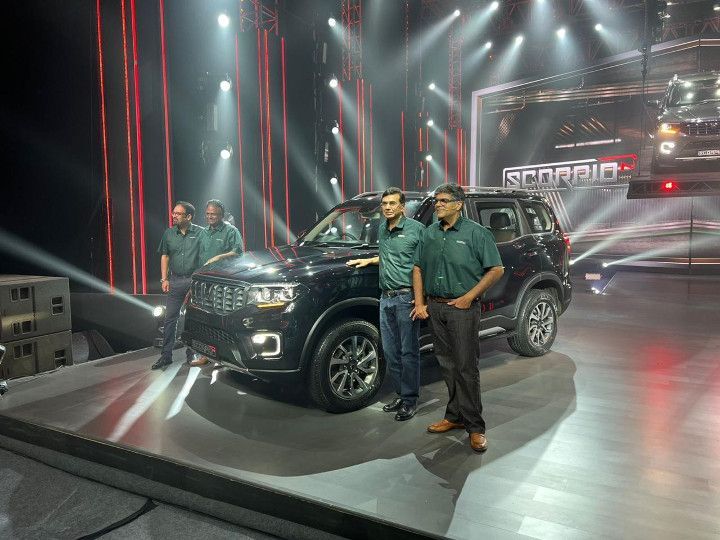 Today, Mahindra has announced prices of its much awaited offering for this year, the Scorpio-N. It starts from Rs 11.99 lakh (ex-showroom) and is offered in four broad trims: Z2, Z4, Z6, Z8, with an optional luxury pack for the top-spec model. The Scorpio N is offered with turbo-petrol and diesel engines, with manual and automatic transmissions as well as rear-wheel and four-wheel drive. Bookings for the Scorpio N are slated to commence from July 30 onwards.

Take a look at the variant-wise pricing:

*To Be Announced; All prices introductory ex-showroom pan-India

These introductory prices are applicable only for the first 25,000 bookings. Plus, Mahindra told it will reveal prices of the automatic and four-wheel drive variants on July 21.

The Mahindra Scorpio N has grown a size larger than before, and that is evident from the way it looks, commanding more road presence than before. That said, it’s slightly shorter than the second generation model.

Take a look at the dimensions of the Scorpio N:

When it comes to design, the Scorpio looks upmarket and suave. Its design is not groundbreaking, but evolutionary and instantly recognizable. So it gets a sleeker slatted grille, flanked by a pair of dual-barrel LED projector headlights. Below that, the bumper features new sleek C-shaped DRLs.

In profile, the Scorpio’s overall silhouette is very much familiar to the older car, but the lines are now softer and curved than before. You also get large dual-tone alloys with up to 18 inches in size that nicely fill the large wheel arches. Moving on to the rear, you can see the SUV’s vertically stacked tail lamps with Audi-like dynamic turn indicators.

Step inside the Mahindra Scorpio N and you’re treated to a dashboard that’s more premium and upmarket than before. It’s finished in a black/brown colour scheme with plenty of silver highlights adding a dash of contrast. When it comes to seating options, the SUV can be had either as a six-seater with captain seats or a seven-seater with bench seats for middle row occupants.

Now to the engines. The Scorpio N will get Mahindra’s familiar 2-litre turbo-petrol and 2.2-litre diesel engines, teamed with a 6-speed manual and automatic transmissions. Both engines get the choice of rear-wheel and four-wheel drivetrains, with the latter being called the Scorpio N 4 Xplor.

Being a Mahindra, there will be plenty of off-road aids including off-road modes, a low range gearbox, hill descent control, mechanical locking rear differential, and ESP-based brake locking front differential.

The new Mahindra Scorpio N will be sold alongside the existing model, which will be called the Scorpio Classic. Price wise it will serve as a rugged alternative to SUVs like the Kia Seltos, Hyundai Creta as well as Tata Harrier and MG Hector. We’ll be driving the new Scorpio N soon after its launch, so stay tuned for our first drive review.