While the mild-hybrid variants of both SUVs are comparable in price, the strong-hybrid Grand Vitara commands a premium 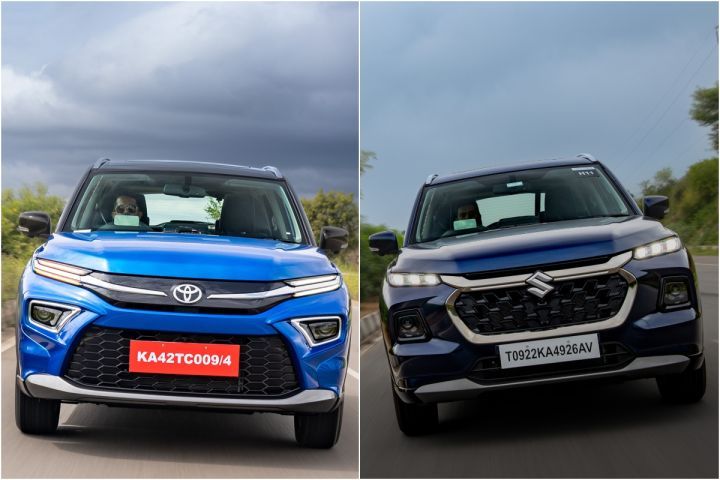 The Maruti Grand Vitara and Toyota Hyryder are platform siblings that offer similar equipment levels and powertrains. However, there are differences when you look closely at the variants of each SUV and compare their respective prices. For the exact variant-wise price gap and the reason behind the difference, read on:

The mild-hybrid Grand Vitara is offered in Sigma, Delta, Zeta and Alpha trim levels, while the Hyryder is offered in E, S, G and V variants.

From the above table, it’s clear that the mild-hybrid Grand Vitara is more affordable than the Hyryder across all variants. The price difference is negligible for the base-spec manual and automatic variants, but it goes up to Rs 50,000 for the top-spec manual (non-AWD) variants.

Keep in mind that the above price comparison is for the single-tone variants of the Grand Vitara. A dual-tone paint option is available on the top-spec Alpha trim level and adds Rs 16,000 to the Maruti SUV’s price, but it still remains more affordable than the Toyota Hyryder.

The strong-hybrid Grand Vitara is offered in the upper two trim levels, while the Hyryder offers the same powertrain in three variants.

Maruti’s flagship SUV is more expensive when you consider the strong-hybrid variant, by Rs 50,000 across trim levels. For the strong-hybrid, both Grand Vitara variants are available with a dual-tone roof option for an extra Rs 16,000, which further increases the price gap.

The Hyryder strong-hybrid is more affordable outright since it’s also offered in the mid-spec S* trim level. That said, Maruti is offering a complementary extended warranty and Pristine accessories package for the strong-hybrid Vitara to bridge the price gap.

Reason for the price difference

Both SUVs share the same powertrains, but the mild-hybrid, with a 103PS 1.5-litre K15C petrol engine, five-speed manual, six-speed automatic and AllGrip all-wheel drive (AWD) tech have all been developed by Suzuki. Toyota has to pay a premium to use these powertrains in its SUV, and the difference gets passed down to the buyer, depending on which variant they opt for.

Similarly, the strong-hybrid’s 1.5-litre petrol engine, e-CVT transmission and e-motor have been developed by Toyota. Hence, the powertrain is less expensive in the Toyota SUV than in the Maruti Grand Vitara.

Both SUVs compete in the compact SUV segment that has players such as the Hyundai Creta, Skoda Kushaq, Volkswagen Taigun, Kia Seltos and MG Astor.

All prices are ex-showroom Delhi for the Hyryder and ex-showroom pan-India for the Grand Vitara.