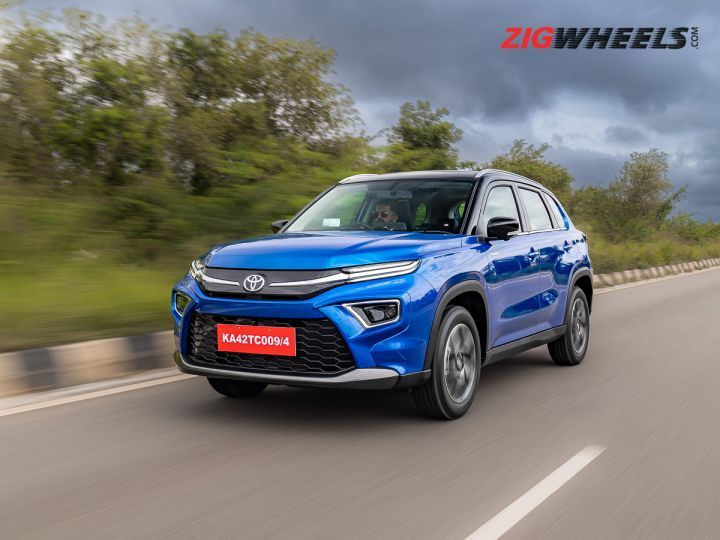 Take a look at the detailed variant-wise price list:

For reference, the Grand Vitara, the Hyryder’s sibling, launch prices range between Rs 10.45 lakh and Rs 19.65 lakh (ex-showroom). You can take a look at the car’s variant-wise prices here. We’ll be doing a price comparison story between both SUVs soon, so watch this space.

The Hyryder’s mild-hybrid powertrain is the Maruti-sourced 103PS, 1.5-litre petrol engine that can be had with either a five-speed manual or a six-speed automatic. The Hyryder mild-hybrid can also be had with all-wheel drive with the stick shifter. If fuel efficiency is a priority, you might want to consider the 116PS 1.5-litre strong-hybrid, which has a claimed efficiency of 27.97kmpl.

In terms of features, the Hyryder gets a nine-inch touchscreen infotainment system with connected car tech, wireless Apple CarPlay and Android Auto, automatic climate control, a panoramic sunroof, ambient lighting, and cruise control. Bits like the ventilated front seats, the driver’s digital display and a premium sound system are exclusive to the strong-hybrid variants.