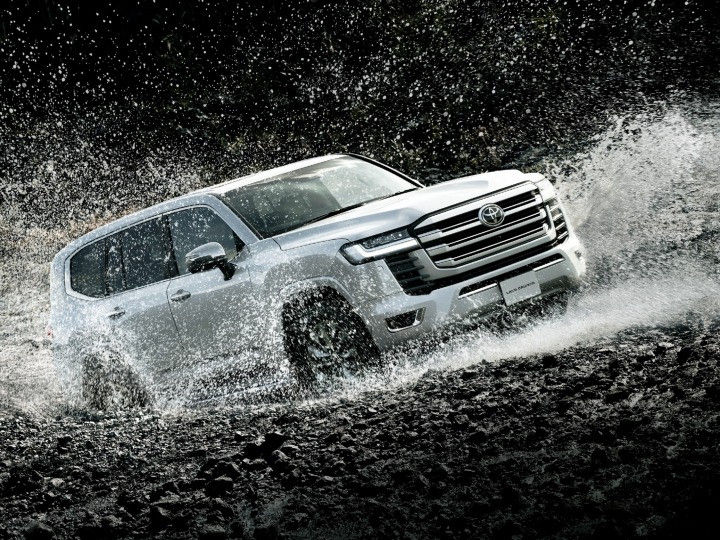 The Land Cruiser’s return to India has seemingly been delayed. Toyota has announced that buyers in other countries who have already ordered an LC300 can expect their SUV to be delivered in four years. The coronavirus pandemic has affected the carmaker's supply chain in Japan, leading to a shortage of parts.

For now, Toyota has shut down the production of several models in its facilities in Japan until 24 January, including the Corolla and Camry sedans and the GR Yaris hot hatchback. That aside, the production of the Land Cruiser 300 and Lexus LX flagship SUVs seems to have been delayed further.

The Land Cruiser LC300 is a full-size luxury SUV that was globally launched in 2021. It’s based on a new GA-F body-on-frame platform and appears more imposing, modern and plush than its predecessor. It is powered by a 3.3-litre V6 twin-turbo diesel that makes 309PS and 700Nm, and a 3.5-litre V6 twin-turbo petrol engine that makes 415PS and 650Nm of torque. A 10-speed automatic transmission is standard.

Also read: Toyota Could Bring Diesel-Hybrid Powertrains In The Future

Current delays in production could also be due to the global surge of the Omicron variant. Although the four-year delivery timeline seems alarmingly long, it is likely to become shorter as automotive manufacturing resumes in different countries in the coming months.

When it lands in India, Toyota’s flagship SUV will rival luxury 4x4s such as the Land Rover Defender and Mercedes-Benz G-Class. It is likely to be priced above Rs 1.5 crore (ex-showroom).

The carmaker says that the “Land Cruiser has been very well received not only in Japan but also around the world.” We hope Toyota can ramp up manufacturing later this year as we progress towards post-pandemic recovery.