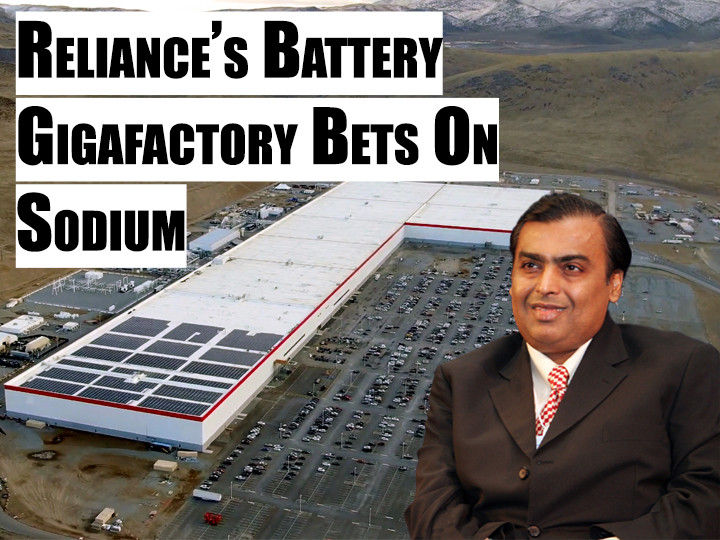 Not one to miss out on the global energy race, Reliance Industries’s Mukesh Ambani has gone ahead and invested 100 million pounds in British firm, Faradion Ltd. What’s so special, you ask? The innovative solution by Faradion will replace Lithium with Sodium in EV batteries.

Sodium, as an element, is nearly 300 times more available than Lithium; with elements such as Nickel, Cobalt and others used in battery production, available even less. It is believed that by 2030, the demand for such elements is going to increase fivefold, and battery costs are going to go higher this year.

What does this mean for India and the Indian EV buyer? For starters, with Ambani looking to establish a battery gigafactory in the city of Jamnagar, Gujarat, battery costs for Indian manufacturers will be significantly lowered. Currently, Japan’s Toshiba, Denso and Suzuki Motor Company are setting up a gigafactory of their own in Gujarat; but the primary focus of this facility is to provide batteries for Maruti Suzuki. When the Reliance factory does open up, the likes of Tata, Mahindra and even two-wheeler EV players like Bajaj, Ather, TVS, and soon-to-join-the-list Hero MotoCorp, will benefit from such a facility.

With battery costs being lowered, the chances of EV prices reducing becomes more apparent. This will ultimately lead to easier adoption of electrics and reducing the reliance (no pun intended) on ICE vehicles.

Lastly, it will also benefit the country, which is currently relying on importing the necessary materials to produce battery packs for EV makers.

Will this be the Jio moment for the Indian automotive industry? We certainly hope so.