Is The Bajaj Pulsar 150 The Best Bike In Its Segment? Have Your Say

The commuter bikes in the sub-160cc segment have a fine balance of performance required for everyday needs and frugality. You decide which one takes the crown 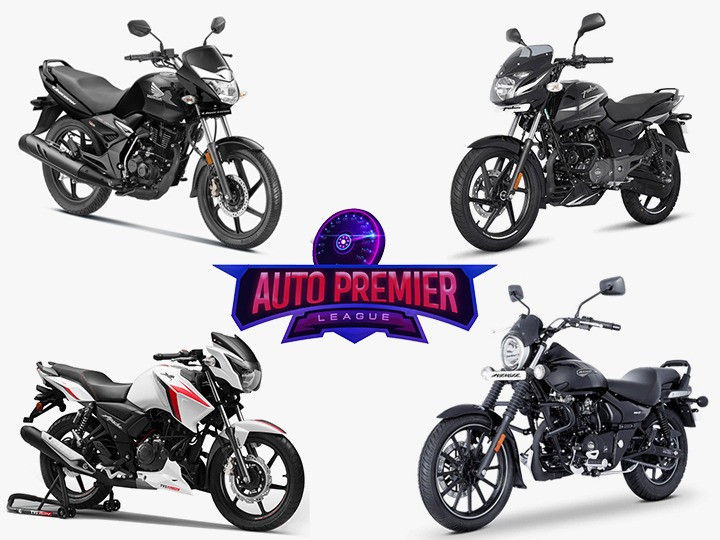 Welcome to our new contest, the Auto Premier League, -- India’s only auto awards where, as a reader, you get to pick the best bike in its class. Here are more details about this contest. While the commuter segment up to 110cc are mostly focussed on fuel efficiency, the 125cc to 160cc commuter category is in an interesting sweet spot. Bikes in this segment offer a good balance of the performance that’s necessary for your everyday commutes, without compromising much on fuel efficiency. While Honda and Bajaj have been closely competing with each other in this segment, there are a variety of interesting bikes from TVS and Hero MotoCorp too. To cast your vote for your favourite bikes, head to the voting page: https://www.zigwheels.com/play/apl/. Check out the list of options that are competing in this category:

The Honda Unicorn is the quintessential definition of what a refined, fuel-efficient and reliable 150cc commuter should be. First launched in 2004, the Honda Unicorn’s conservative looks coupled with its butter smooth engine helped the Japanese brand get a hold of the lucrative 150cc commuter segment. The brand even discontinued the regular Unicorn in 2014 and brought in the more powerful CB Unicorn 160. But the standard Unicorn’s demand was so much that Honda decided to bring it back in 2016 with a BS4-compliant engine and some subtle design tweaks. Now the legend lives on in its BS6-compliant avatar with a bigger 162.7cc engine. It also gets other interesting features like a longer seat, engine kill switch, higher ground clearance and 6kg lighter kerb weight.

Check out more details about the Honda Unicorn here: https://bit.ly/2yBpwqG

After the Hero CBZ Xtreme, it was the Bajaj Pulsar 150 which brought the 150cc segment back into the limelight. It was touted to be a performance-oriented 150cc bike but as the market graduated towards sportier 160cc streetfighters, the Pulsar 150’s dated design and performance made it a bit more mellow. That said, a lot of enthusiasts still love the Pulsar 150’s instantly recognisable design language and it is still the preferred choice for those who want a sporty-looking commuter on a budget. In fact, the Bajaj Pulsar 150 is one of the few bikes under Bajaj’s stable which has witnessed consistent sales numbers in its 19-year-long existence in the Indian market.

Here are more details about this motorcycle: https://bit.ly/3d7NgBD

After Bajaj reinvigorated the 150cc segment, TVS needed a befitting reply to the legendary Pulsar. Enter the Apache RTR 160 2V. The Apache was initially a 150cc motorcycle when it was launched in 2005. Then in 2007 the bigger-engined, more aggressive-looking Apache RTR 160 was introduced. This motorcycle was well-known for its racing genes and affordable pricing. However, now in its BS6-compliant avatar, it has come close to the Rs 1 lakh barrier, making it just about Rs 5000 less than the much sportier-looking, feature-packed and more powerful Apache RTR 160 4V. Thankfully though, TVS managed to make this bike a little more powerful and torquier than its BS4-compliant version.

With a tagline of ‘Feel Like God,’ Bajaj introduced the Avenger series of cruisers in the mid-2000s. What started life out as the premium Kawasaki Eliminator, has become the go to bike for those who wanted to go cruising on a budget in the form of the Avenger. Currently, the series comes in two engine options: 160cc and 220cc. But while both of them are priced well, with Bajaj managing to deliver greatly in the value for money department, it’s the 160 that’s really made the cruiser really accessible to a large number of buyers.

After the 100cc segment, the 125cc category slowly started to garner more attention. Hero already had a winner in the 100cc segment: the Splendor. So in 2005, the brand put the Splendor moniker’s popularity to good use with the launch of the bigger 125cc Super Splendor. However, it hasn’t seen as much success as its sibling, the Hero Glamour. That said, the BS6-compliant iteration intends to change things around with the introduction of new features like a 5-speed transmission, longer-travel front and rear suspension, longer seat and higher ground clearance.

Here are more details about this motorcycle: https://bit.ly/2X4Fpzp

The Honda CB Shine has bravely cemented itself as the consistently best-selling 125cc motorcycle in the country. With the CB Shine, Honda got three important aspects that are paramount to an Indian motorcycle buyer spot-on: refined engine, reliable mechanicals and fuel efficiency. This coupled with the conservative design language made it a hit among those who wanted a no-nonsense commuter that will serve them till the end of time. In its BS6-compliant avatar, the Japanese brand has offered even better features like a silent starter, 5-speed transmission, 14 per cent better efficiency and slightly better ground clearance.

Here are more details regarding the Honda CB Shine: https://bit.ly/3cebVUd

The 150cc segment started getting more expensive thanks to the new safety and emission norms. Because of this, the 125cc segment slowly started gaining popularity as they were more affordable and still offered comparable levels of performance, but with better fuel efficiency. Bajaj realised the need to capitalize on this segment and hence introduced the Pulsar 125 Neon. Bajaj made sure it looks similar to its Pulsar 150 so that it is still desirable despite having a smaller engine. This seemed to have worked pretty well for the brand as the Pulsar 125 has raked in consistently healthy sales numbers ever since its launch in September 2019.

Head here for more details regarding the Pulsar 125 Neon: https://bit.ly/2M5kw0y

The Hero Glamour was the first 125cc fuel-injected motorcycle in India and also the most affordable bike with fuel injection. Apart from fuel injection technology, it also looked sportier than the Hero Super Splendor, which helped the Glamour enjoy better success than its conservative-looking sibling. The BS6 iteration looks sleeker than before and gets a real time mileage indicator in its semi-digital instrument cluster. But more importantly, Hero MotoCorp has also equipped the bike with a proper 5-speed transmission, which should help in extracting more range out on the highways. Additionally, the bike features Auto Sail technology which helps the bike crawl at traffic speeds effortlessly. 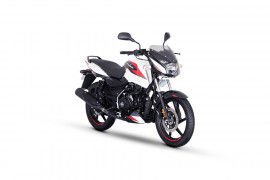