The Wraps Come Off The 2022 Maruti Suzuki Grand Vitara 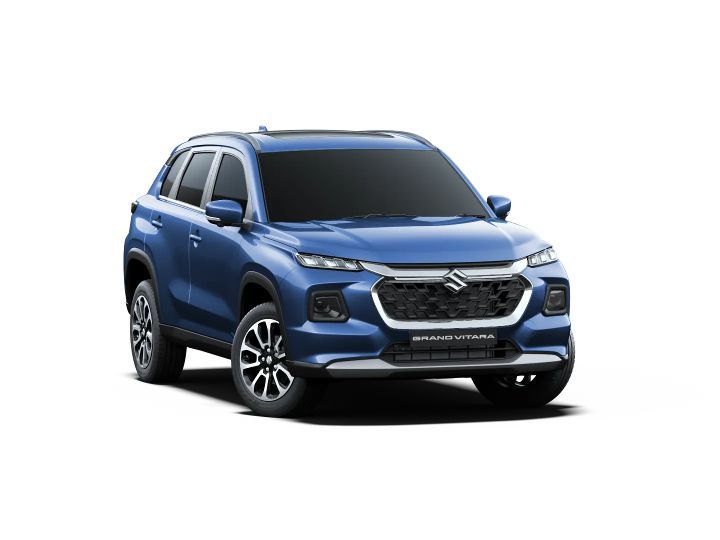 After a long teaser campaign, Maruti Suzuki has unveiled the 2022 Grand Vitara compact SUV. This marks the return of the Grand Vitara moniker and the compact SUV is essentially Maruti’s version of the Toyota Urban Cruiser Hyryder. Bookings are being accepted for a token amount of Rs 11,000 with a launch expected in September. Production is slated to commence in August.

Despite it being the same as the Toyota Urban Cruiser Hyryder under the skin, the Grand Vitara has its own identity via NEXA’s ‘Crafted Futurism’ design language. By that we mean a different front grille and mesh design up front, as well as beefier NEXA-style triple element LED DRLs. There’s also generous use of bling, with a thick chrome strip connecting the LED DRLs.

From the sides, aside from different alloy wheels, the Grand Vitara retains the muscular proportions of its Toyota counterpart. At the rear, the Grand Vitara gets connected tail lamps instead of split tail lamps, with slightly revised bumpers when compared with its Toyota’s counterpart. There will be six monotone ( Celestial Blue, Arctic White, Cave Black, Grandeaur Grey, Oppulent Red and Splendid Silver) three dual-tone shades (Arctic White, Oppulent Red and Splendid Silver) to choose from.

On the inside, you’d be hard-pressed to find any differences between the Grand Vitara. But it gets faux black soft-touch materials on the dashboard, with gold accents all over. That being said, you can also spec it with the Bordeaux-black theme like it's Toyota counterpart.

The main USP of the 2022 Grand Vitara lies under the hood. Like the Toyota Urban Cruiser Hyryder, it’ll come with a 1.5-litre strong-hybrid (the first Maruti to get a strong-hybrid) and mild-hybrid petrol power units. The mild-hybrid engine will get an all-wheel-drive AllGrip system with ‘Auto’, ‘Sport’, ‘Snow’ and ‘Lock’ drive modes. The strong-hybrid option will utilise a front-wheel-drive system.

Here’s a detailed look at the powertrain specifications of the SUV: