The biggest problem the Ninja 400 faces in India is something that Kawasaki can’t do much about. Here’s what it is 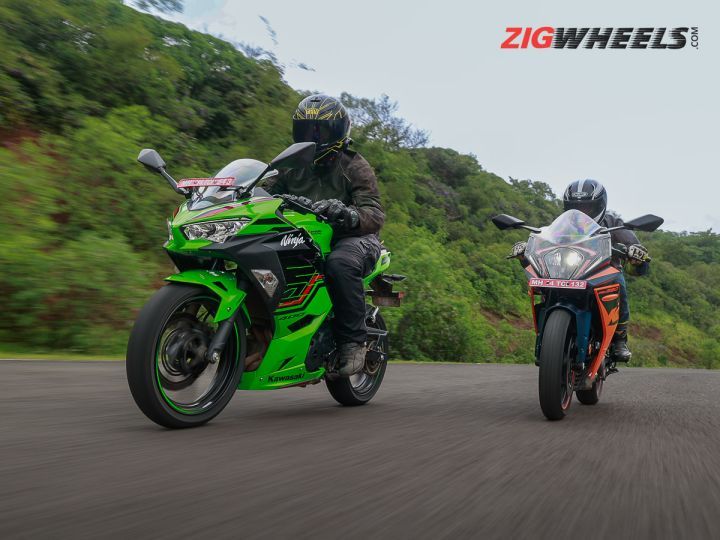 At Rs 4.99 lakh (ex-showroom), there’s no prizes for guessing the obvious reason why the Kawasaki Ninja 400 would fail to have any form of impact on Indian buyers. Discounting that for a brief second, there’s a bigger problem for the Ninja 400, though. And it isn’t solvable by Kawasaki, either. That leaves me disappointed as the bike is truly something special.

Mini ZX-10R
You can clearly make out Kawasaki’s sportbike-design language DNA reflecting on the Ninja 400. Yes, it hasn’t changed in over four years since its first arrival in India, the only new bits visually being the refreshed graphics. It comes bearing the same shouty green colour with the current livery of the Kawasaki Racing Team as well as a few KRT stickers. It means business. And why shouldn’t it? After all, it has been the dominating motorcycle in the World Super Sport 300 class.

Mini Ninja 650?
Get astride this Ninja and you realise it isn’t aggressive like a litre-class phenom. It has the stance of a sports tourer, like the Ninja 650. Getting to the bars isn’t taxing, swing a leg over the saddle and even the shortest of riders would find their footing easily; and then the footpegs, which are pushed slightly rearwards, don’t make for a cramped posture. On the whole, it puts you in a sweet spot to enjoy daily commutes, mile munching or apex hunting.

Scything Up Lavasa
The Ninja 400 doesn’t like to boast of abilities much. It has a rather simple hardware setup. The trellis frame continues to be suspended on a non-adjustable telescopic fork and even the linked monoshock gets just preload-adjustability. But Kawasaki believes in getting the settings right the first time round so you don’t need to fiddle around much. And it feels that way too.

The Ninja 400 felt just as easy to hustle through the twisty bits of Lavasa as it did over the poor stretches of tarmac preceding them. It is like a sweet toy that makes you go from one corner to the other in a swift and composed manner. It doesn’t need to be manhandled or wrestled with to give you maximum cornering pleasure. Just a simple tug at the bars and it obliges. It darts from apex to apex like a cheetah hunting down a deer. Direction changes don’t faze the bike much as you can carry some pretty serious lean angles.

You will have to go easy for the first few corners of your ride, though. The Dunlops used on the Ninja 400 seem up to the task at hand and do require to be warmed up gently. Once primed, the traction on offer was enough to keep the rider out of trouble. Even though the tyres weren’t limiting the cornering potential of the bike, as chicken strips were nowhere to be found, you’d wish for a bit more feel from the tyres, which would help you push a tad bit harder, especially if you have track aspirations with this Ninja.

The brakes continue to behave similar to the bike we tested four years ago. Stopping distances are healthy, even though it is running a small 286mm disc and a Nissin twin-piston calliper at the front. The lack of bite was never an issue with the Ninja 400; more lever feedback would have definitely helped, though.

A Brewing Storm
As insipid and monotonous as the old Ninja 300 is, the Ninja 400 was a breath of fresh air in 2018. It struck the right chords then and even now; it makes full use of the 399 cubes that it displaces. It revs freely all the way to 11000rpm, and never feels lacking for more.

You wouldn’t notice the drop in performance from its BS4 avatar. In our performance test, the BS6 bike was less than half a second slower to 100kmph than its BS4 predecessor. And it still remains the quickest sub-400cc motorcycle that we have tested.

It isn’t just the outright performance of the motor that will leave you spellbound, it is also its usability and convenience. It has so much drive from 4000rpm that you don’t feel the need to downshift too much before approaching a corner. It was able to take uphill hairpins in second with no bogging or shuddering.

It doesn’t mind being ridden at reasonably slow speeds in higher gears. The gearbox is slick and the clutch action is pretty light. So, working the gearbox isn’t a task.

Engine refinement isn’t what we’ve come to experience from Japanese twin-cylinder engines. This 399cc mill continues to be a bit rorty, as there’s a slight buzzy sensation experienced all across the rev range. This gruffness is similar to what we’ve experienced on the BS6 versions of the Ninja 650 and Z650, so perhaps the engine mods done to make the motors emission compliant might have played their part to evoke this characteristic.

Nevertheless, the Ninja 400 feels confidently capable of sustaining 110-120kmph on the highway, with the rider not complaining about back or wrist aches. Wind deflection is neatly done, with just enough breeze blowing on your torso to keep you cool when riding for hours on the highway.

Ride a bit conservatively and it will return a healthy fuel efficiency too. In fact, its highway score of 29.4kmpl is one of the best in the segment. Couple that with a generous 14-litre fuel tank, you can ideally go for 400km without necessitating a fuel stop. Even the 24.18kmpl city fuel efficiency score bodes well for the Ninja.

The BIG Problem
The Kawasaki Ninja 400 remains a special bike, one that we would’ve happily recommended if it came in at a lakh rupees less. The bigger problem for the Ninja 400 is…

… the availability of the KTM RC 390 at Rs 3.16 lakh in India. When these two bikes first met four years ago, the RC 390 was sort of a one-trick pony, great for setting fast lap times. This new one is a lot more usable, versatile and just as delightful.

Sure, it doesn’t quite have the performance or cornering finesse of the Ninja, making you work that much harder to attain the same speed or lean angles. However, it makes up for its deficiencies by offering premium bits, fancy features and an electronics package that is unheard of for a bike of this class.

Yes, the RC 390 is pricey, but consider this. For the price of one Ninja 400, you could buy the RC 390, slap on some stickier rubber, ride down to any of the three race tracks in the country, enjoy a couple of trackdays and still have enough money left to invest in some good riding gear and fuel for commutes.

So, ultimately the Ninja might be the best bike of the sub-400cc class, but in India, its superiority will not be enough to overcome the RC 390’s proposition. 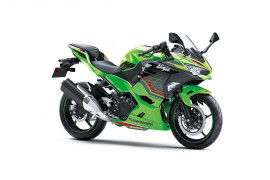 All Comparisons of Ninja 400