Can just bringing a huge bunch of features be enough to make a dent in the 300-400cc segment in India? 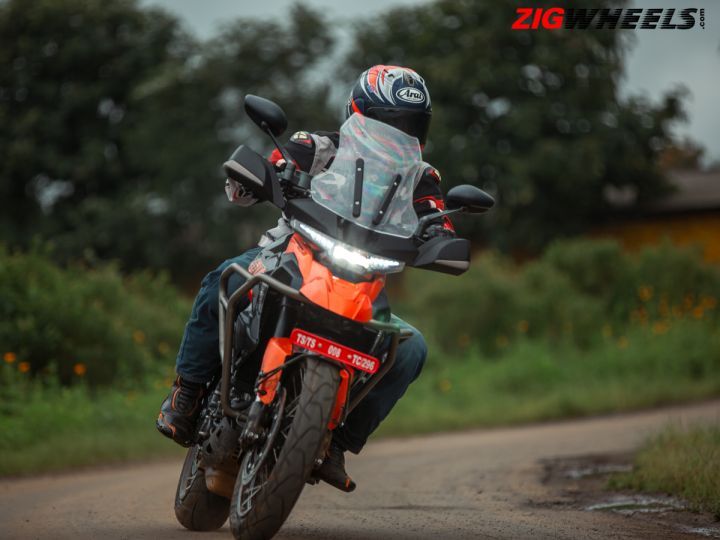 You’d be forgiven for not having heard the name “Zontes” in motorcycle circles before. It’s a  Chinese motorcycle maker that started life back in 2003 and only recently came into the limelight as the demand for affordable small-to-mid-capacity bikes in Europe went up significantly. Well, now Zontes has set its eyes on India, or rather, the Mahavir Group, the same company responsible for bringing Benelli and Keeway here, have decided to bring Zontes’ substantial 350cc portfolio to India. There are a total of five bikes that Zontes offers which are built on their 350cc platform, and we got to sample two of them - the 350R (roadster) and the 350T ADV (adventure).

First, let us begin with a caveat. Our time with these bikes was extremely limited and we got to ride them in rather tricky conditions. So treat this purely as a first impression.

Now there’s no getting around the fact that both these bikes do look rather eye-catching. The 350R has the bulk and the lines of something as large as an old-school 600cc roadster - impressive for something that’s powered by a 350cc single. The chunky 15-litre fuel tank, minimal tail and dual-tone 17-inch alloy wheels all give it an air of premiumness. And while we absolutely love the taillight design, there’s no getting around the fact that with the single LED projector headlight running along with the eyebrow-like LED DRLs, it bears an uncanny resemblance to the Bajaj Pulsar N250.

The 350T, on the other hand, is quite reminiscent of the Benelli TRK, but just scaled down enough to feel a lot more accessible. In fact, at 830mm, its seat height is much lower than that of the KTM 390 Adventure. The 350T also gets comprehensive crash protection all around the front of the bike and a massive cast aluminium grab rail/carrier combo, which looks properly technical. Even the orange and black dual-tone paint scheme is rather eye-catching and the metal+plastic knuckle guards complete the adventure look. The 350T comes in two variants, the standard, which is road-biased and the one we rode, and the ADV, which is supposed to have some off-road credentials. The only real visual difference between these two is that while the standard runs 17-inch alloys (similar in design to the 350R’s) at both ends, the ADV gets a 19-/17-inch tubeless wire-spoke wheel setup.

Both these Zontes bikes are packed to the brim with segment-first features which actually you might not even find on bikes which are (potentially) two or three times more expensive. Firstly, they both get a proper keyless start. With the key on you, just with the push of a button, you can lock/unlock the handlebar and turn the ignition on. Then you also have an electrically operated (read: just push a button on the handlebar) fuel filler lid and you can even unlock the seat with the push of another button. Unlike the roadster, the 350T also gets an electrically operated windshield which has a high and a low setting, also adjusted by pushing a single button.

Then there’s the 5-inch colour TFT screen on both bikes, which even comes with four different layouts you can choose from and it looks really crisp and premium. And apart from the standard safety features like dual-channel ABS, the 350s also get a tyre pressure monitoring system as standard too.

Again, our ride on the 350T ADV was limited to a section of slushy off-road covered with wet grass and a little bit of narrow village roads. We’ll get to off-road ability in just a bit, but the one thing that stood out was the ride quality. Even on very bumpy sections, the bike stayed quite composed and the same goes for the 350R on the road. This ride comfort is aided by very comfortable seating ergonomics on both bikes and especially the 350R, with its scant 795mm seat height feels even easier to manage.

What didn’t impress us

All of Zontes’ 350s are powered by the same 348cc single-cylinder liquid-cooled DOHC motor that puts out 38.8PS and 32.8Nm. And on both the bikes we rode, the 350T ADV and 350R, this motor, although decently tractable at low speeds, feels extremely gruff and has high NVH levels. It might even be forgiven on the 350R to a certain extent, but if you want to ride long distances on the 350T, the NVH levels will be a severe letdown. Apart from that, the motor also lacks any kind of punch and just doesn’t have the performance to justify the power and torque figures it makes. Heck, even the 310cc motor from TVS-BMW that makes less power feels a lot more fun. This lack of performance from the Zontes’ is also down to their massive kerb weights (180kg for the 350R and 196kg for the 350T ADV). Then there’s the lack of a slipper clutch, which has made the clutch action extremely heavy, and because of this, it’s easy to not engage the clutch fully while shifting, which makes the 6-speed gearbox feel extremely clunky.

Now this applies to the 350T ADV only, as we spent most of our time riding this bike off the road. Even though it has wire-spoke wheels and a decent ground clearance of 173mm, the tyres on this bike are primarily meant to handle tarmac duties, with the occasional gravel road thrown in. In the slush and wet grass we rode, these tyres made the bike completely useless, ensuring wheelspin at the slightest movement of the throttle. On top of that, the heavy clutch action meant slipping the clutch to ease in the traction was also very difficult. A tyre swap might make things better here, but then again, with its 196kg kerb weight feeling rather top-heavy, the 350T ADV is more than a handful in tricky conditions. It might be able to handle highway touring better, but we’ll reserve our judgement on that for a proper road test.

Both the Zontes 350R and 350T ADV sound like great ideas on paper. They might certainly attract a decent audience with their impressive features, provided, of course, Moto Vault can get their pricing right. If they manage to undercut their competitors from KTM, BMW and TVS, these Zontes bikes will make a great case for themselves, at least on the value-for-money front. But on ability alone, at least based on our first impressions, if we had to recommend a small-capacity adventure tourer, we’d veer towards the KTM 390 Adventure and the BMW G 310 GS. Similarly, we’d recommend the KTM 390 Duke and BMW G 310 R over the Zontes 350R. But who knows, once we get these bikes for a full-blown road test and spend some quality time with them, we might just change our minds. 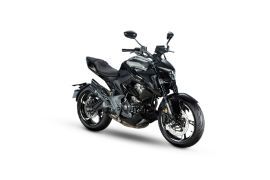 All Comparisons of 350R