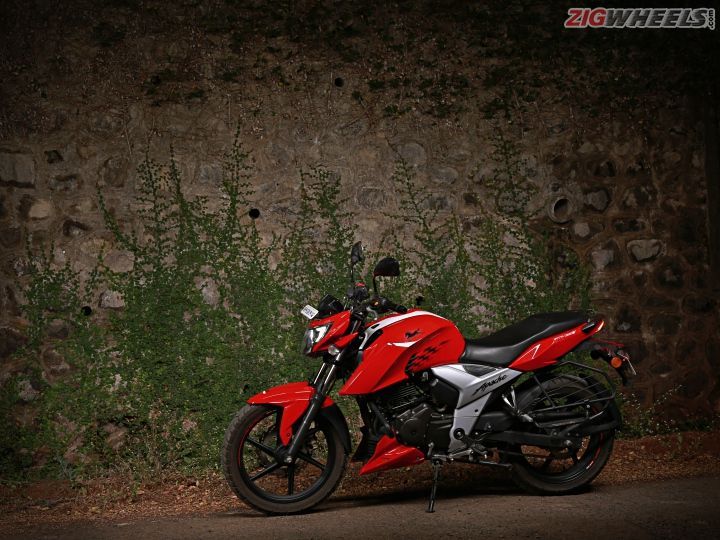 After a fair share of road trips, it was time for our long-term Apache RTR 160 4V to visit a service centre for its periodic maintenance. And since ours is a ‘media bike’, it doesn't follow the standard service schedule of getting a free first and second service and so on. Instead, it gets a fix-all-issues service in which the bike gets an oil-change, chain cleaning, etc. and the technicians fix all issues reported by us. If you’ve been following my reports, you'll know by now that the bike had a cold-start issue and was holding higher revs than normal once the engine got up to temperature. Both of these issues were reported to the service centre and here’s what happened.

It was a little difficult to explain to the technician on how the bike was holding a higher rpm at idle (close to 3000rpm at times). I even tried enquiring as to why this problem was occurring and was met with a standard reply: “We will check and get back to you.” The other issue of cold-starts was reported again too, but we had little hopes of getting it fixed. Additionally, this time around, the battery warning indicator lit up on the instrument console, which they made a note of in the job card as well.

I collected the bike the next day around the same time I dropped it the day before, and it was waiting for me all clean and polished. I took a quick test ride on which it became apparent that the bike was running on new oil. Riding it for a longer duration revealed that the rpm-holding issue was taken care of as well. The battery indicator too seemed to have been fixed and everything looked tip-top again. The cold start issue still bugs me once in a while, but apart from that, I’ve had no complaints.

What I liked about the whole experience was the constant communication from the service centre. I received text messages when the bike was taken in, one message when the servicing was done, a call for pickup and then a feedback call a day later. The service centre even had a glass partition between the servicing bay and the customer lounge from where one could watch the work being done on their two-wheeler.

Now comes the cost of service. Like I mentioned, this wasn't a standard service and hence, I cannot comment whether it is equivalent to a second or third service for a regular bike. But the total cost for the oil change as well as other periodic maintenance (no replacement) came out to Rs 776. The last time we did an oil and oil filter change and were billed Rs 912.

As of now, the bike is running well but the low-beam filament in the headlight has stopped working. I will be getting that replaced in a couple of days and will mention the cost in the next report. Stay tuned and ride safe!