Can an EV really run circles around the internal combustion engine? We find out with the help of some super scientific tests 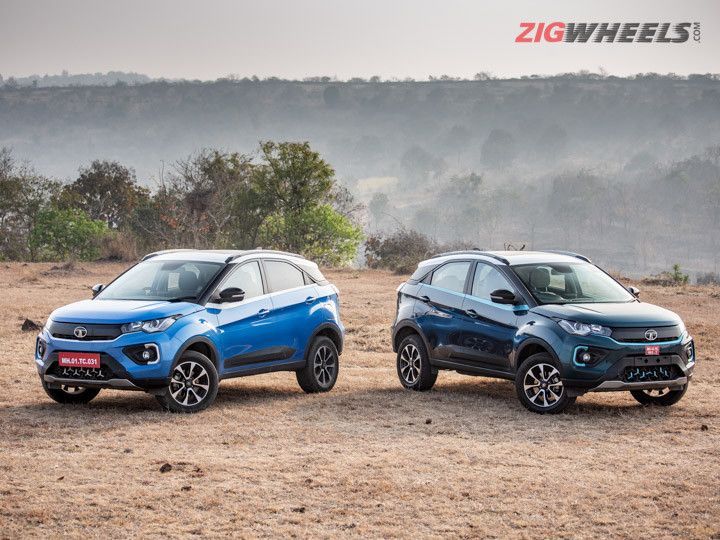 A late-night discussion on the office Whatsapp group about EVs had us all picking sides. Those who had driven them were raving about the acceleration, but those who didn’t prefer to be stranded by the roadside (due to the limited range), weren’t really convinced. I belonged to the second group, clearly inclined to the internal combustion engine.

When Ameya commented that the Nexon EV, which is the least expensive long-range EV in India, is actually a better car than the regular Nexon, I couldn’t hold back anymore. I pointed out to him that not only could the Nexon travel farther than the EV, which was kind of limited to city runs and nearby towns, but it was also the better handler, was quick, and most importantly, offered the ride quality that could cope with the different textures of Indian roads.

To settle this once and for all, we decided on meeting the next day and conducting some proper scientific experiments, the ZigWheels style.

Our first test was actually a drag race. What a way to start the day! After lining up the two cars side-by-side, Ameya chose to keep the Nexon EV in the ‘Drive’ mode instead of the more ballistic ‘Sport’ mode. This gave me a chance to show him a clean pair of heels as the lights went out, and he never recovered. The ‘Drive’ mode in the Nexon EV has been tailored for a good range, so it was no surprise that the Nexon EV’s acceleration lagged in this mode.

Turning around, Ameya asked if I wanted to have another go and I gladly agreed. After all, we had met at a secluded spot out of town for our tests, and I really didn’t think the range-conscious Ameya would switch over to ‘Sport’ mode. But, he did. And as the lights went out one more time, it was I staring at the Nexon EV’s taillights. The instant acceleration meant that Ameya gapped me quite a bit. But the Nexon EV is limited to 120kmph in all modes, so I started gaining lost ground towards the end. It wasn’t enough, though, as the EV managed to cross the finish line way before my Nexon.

In ‘Sport’ mode, the Nexon EV definitely made its petrol peer bite the dust. It was the faster-accelerating car of the two, winning this test by some margin.

Coming to a stop quickly is just as important as accelerating quickly. On track, it’s the key to faster times, and in the real world, it’s crucial to ensure you stop at a safe distance from any obstacle in front of you.

We tested both cars back to back on the same stretch of road to see which one would come to a halt in the shortest distance, and here are the results.

The Nexon EV is actually the better car here when coming to a stop from 80kmph. It manages to stop 0.05 metres before the petrol-powered Nexon, but frankly, that difference can vary due to changes in real-world conditions.

The petrol Nexon is quicker in coming to a stop when you apply the brakes at 100kmph. It stops almost a metre before the Nexon EV. We reckon the braking performance of both these cars is neck and neck.

One of the hallmarks of a good car is the way it handles corners. There is no point in doing 0-100kmph real quick if you can’t carry any of that speed through a corner. To find out which car does it better, we brought out the cones . A path was charted for both the cars through the same corner, with the cones restricting their ability to go wider.

The petrol Nexon was quite composed in the way it cut across the corner at 60kmph. The front and rear ends of the SUV were quite planted with no hint of drama, and all the cones’ lives were spared. Then we upped the stakes to 70kmph (you might be thinking that it is merely a 10kmph increase, but around a corner, that makes all the difference). At 70kmph, the petrol Nexon under-steered into the corner, however, we must add that it was predictable in the way it behaved. It managed to get through the corner at 70kmph, knocking over only one cone.

In the Nexon EV, things were pretty much the same at 60kmph. The EV managed to chart a course around the corner like the petrol Nexon -- without a hint of drama and sparing the cones. At 70kmph, however, things changed. The Nexon EV actually over-steered into the corner, taking out two cones in the process. Our resident-stig Ameya informed me that it was the sudden weight transfer in the EV that led to its back stepping out, and mind you, this happened in D mode.

So we asked him if he would tackle the corner once more in Sport mode. This time, the EV understeered quite a lot as Ameya got on to the power through the middle of the corner. That’s because in the ‘Sport’ mode, the electric motors deliver 60 per cent more torque than in the ‘Drive mode’, and without traction control and ESP, the Nexon EV simply could not put all that power down. The end result was the Nexon EV knocked down one cone but its line through the corner was worse than when it oversteered. It ran wide quite a bit before completing the corner.

Thus, the petrol Nexon in our opinion, is the better handler here. Not only is it quick through the corners but predictable too, unlike the Nexon EV.

After having taken the two cars out for a spin over some rough roads, Ameya was of the opinion that both had similar ride quality. I disagreed, and asked him to prove it to me scientifically. After all, we were trying to find out which car was better. Little did I know that I had dug my own grave.

Time for the infamous water jug test that has seen many anchors at Zigwheels wet their pants. Ameya took over driving duties and drove me around, while I was holding a mug of water that was filled to the brim. We took the same route and clocked the same speeds in the two cars. Both managed to displace around 200ml of water from the mug, which spilled right on my pants.

Both the Nexons have a slightly stiff ride. While regular speed breakers are not a problem, going over uneven, rough surfaces tends to induce a little bit of side-to-side movement. That said, both the cars feel composed almost soon after having gone over a speed breaker or a pothole. Overall, we think both do a decent job here.

Who won the war of words?

The Nexon EV proved to be better at acceleration, while the petrol-powered one was better (by quite a margin) in tracking its line through the corners. In braking and ride quality, both came up almost equal.

By the time we were finished with our tests, Ameya’s over-enthusiastic driving meant that the Nexon EV had run out of charge. After waiting for a couple of hours,  Tata’s mobile charging van came and got us out of the jam, which kind of tilted the scales in favour of the petrol Nexon. However, despite carrying an extra 150kg, thanks to the battery pack, the EV completed all the above-mentioned tests.

Finally, while the charging infrastructure is not where it needs to be to make EVs competitive in the real world, the situation is bound to improve sooner than later. So, while the petrol Nexon may have had the upper hand in today's test, that gap should only grow smaller as more charging points come up.