Does it have enough excitement and substance to fight it out with sedans and SUVs? 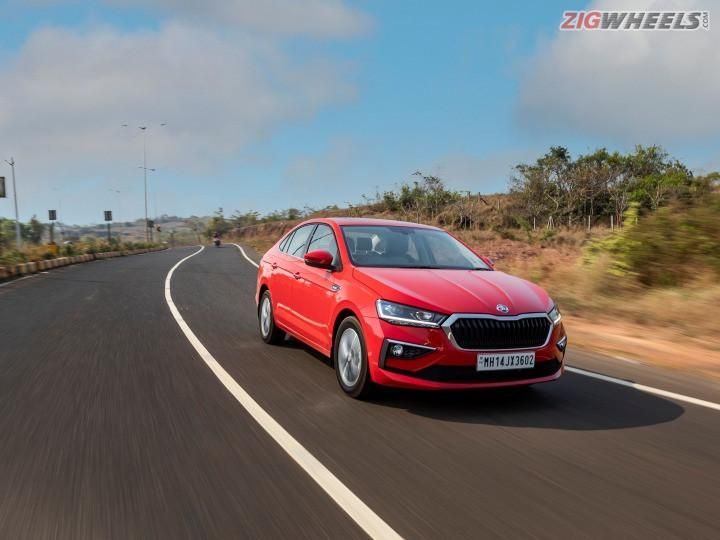 By now, we are all familiar with Skoda’s Slavia. Its underpinnings are shared with the Kushaq, but emotionally it is the spirit of the Octavia that propels it. This sedan comes into a world crammed with SUVs, but doesnt seem tone-deaf; instead, it seems almost haughtily conventional. Sedans are sexy, it says. If it weren’t wearing a sharp suit and a gleaming smile, we’d have even called it a rebel. But, just how determined is this sedan to win the war against SUVs? Can the smaller 1-litre engine make the Slavia’s stance clear on this first drive?

You’d have to be mad to confuse it with anything else. Words like crystalline, robust and handsome can be thrown at the Slavia from any angle, and they’d stick. Sure, you could confuse the Slavia for other Skodas. Stand straight in front of the Slavia, and the international Fabia stares back at you. And if you squint a bit, the OG Octavia’s stolidness peeks through, too!

It definitely has the new Octavia vibe when you look at it from the side. Crisp creases, sweeping lines, all up to the C-pillar. From here it feels more Audi than Skoda, maybe it was the shade of red our test car had. It also looks like a proper three-box sedan, rather than swooping notchback… No, it doesn’t have a liftback like other Skoda notchbacks; but, the practicality-minded folks will appreciate the capacious 521-litre boot, which can be expanded to 1050 litres with the second row seats folded down.

Now, if you ask Tushar Kamath, he’ll say there’s a Superb vibe in the Slavia’s rear, although I can’t quite see it. But, the Skoda lettering on the boot is centrally placed and spaced out and looks classy too. If you need more details on the Slavia’s first impressions, here’s the link to his first look story.

In a nutshell, this Rapid replacement is larger than the OG Octavia in terms of dimensions, and it’s more impressive too. But, the endearing simplicity of the OG Octavia notchback is replaced with a cultivated sophistication. Part of the pedigree now includes essentials like LED projector headlamp and an LED element in the tail lamp, the latter is a step up from the Kushaq. However, the Slavia wears 16” rims instead of 17s seen on the Kushaq.

Looks stately. Good to be chauffeured in then?

Very much. Comparisons to the Kushaq are inevitable, after all they have the identical wheelbase and underpinnings. However, the sedan unlocks a greater sense of space with lighter colours for the door pads and upholstery, and the generous glass area is expanded further by a quarter glass in the C-pillar. It is a comfortable backseat too, offerIng six footers ample kneeroom and headroom, and the well contoured seats are supportive too. However, seating three in the back can be a bit too cramped here, like in the Kushaq.

So when it comes to space, our first impressions suggest that the Slavia would match the Honda City, or lag behind by a small margin. However, that is something we intend to confirm soon after the launch.

Does it set benchmarks in terms of the premiumness then?

The design of the Slavia’s cabin is familiar yet different. It shares its basic feel and layout with the Kushaq. However, the simple and stylish dashboard has a coloured slat splitting it up into two sections, and the outer aircon vents are circular instead of hexagonal. The glove box release lever is styled more sleekly, and the hazard warning switch is positioned between the aircon vents on the centre console instead of in between the aircon controls. The central locking switch and the new start-stop switch are positioned next to the gear lever. These are a bit awkwardly positioned for the driver as they sit on the left of the gear lever.

The Slavia won’t have you oohing and aahing over the premiumness of materials or plushness of switches. Honda’s City offers more sensory delight, thanks to the leather finish on the dashboard and the clicky controls for the aircon system. Sadly, the Slavia, like the Kushaq, lets the Skoda and Octavia legacy down in terms of reassuring solidity.

Ermm, are the equipment levels similar to the Kushaq then?

Yes, thankfully so! As a result you could accuse the Slavia of being modestly flamboyant. For starters you get six airbags on the Style variant, while ESC and ISOFIX mounts are standard. Aside from this you get several of Skoda’s thoughtful features - the most appreciable of which are the phone pockets on the seatbacks. To pamper you there is a 8” digital cockpit for the driver, a 10” touchscreen infotainment system with smart UI, an 8 speaker sound system that will drown out any creaks from the plastics or yowls from passengers without missing a note. As is expected of any modern car today, the Slavia packs ventilated front seats, a sunroof, wireless charger, USB C ports and connected car tech.

However, there are some misses. The Slavia misses out on powered seat functionality for the driver. The reversing camera has static guidelines, grainy resolution and a distorted field of view. Also, the overly sensitive touch controls for the air-conditioning system were triggered even by fabric.

So where will it wow you?

The 1-litre engine with the six-speed automatic felt distinctly calmer than the Rapid, as the engine noise is well insulated. In stop-go city traffic, it also felt easier to drive than the Kushaq as it doesnt break into a gallop when starting from standstill. It even cruises well so longer journeys can be dispatched confidently. It’s largely an effortless and enjoyable pairing, making your chores easier and lighter. However, sudden overtakes do make you yearn for a bit more punch and might make you wonder whether the 1.5L option is worth stretching for.

The manual gearbox is tempting becuase it lets you unlock the punch of the engine without sacrificing usability as the engine pulls well from low revs. The slick shifts are a pleasure when you are in the mood to row through the gearbox. The slightly lighter and more aerodynamic Slavia is expected to be more fuel efficient than the Kushaq - another win for the sedan then!

Premium to drive then?

Oh yeah! It’s not just the engines and gearboxes, the Slavia is admirable in the way it drives too.  The lower centre of gravity makes it feel even more composed around corners and at faster speeds, making you feel more cocooned and relaxed. The suspension also does a better job of filtering out the bumps and potholes, be it at high or low speeds, undoubtedly aided by the sedan bodystyle. The 16” rims with the taller sidewalls make this a plush experience that the chauffeur driven will appreciate greatly.

The Slavia is practically minded here too, with 140mm (laden) and 179mm (unladen) of ground clearance, which is just 9mm lower than the Kushaq, but 14mm higher than the Honda City.  The Slavia’s short overhangs will make it easier to navigate broken roads more easily.

Erm, where are your priorities, bro?

Sorry enthusiasts! Yes, the Slavia is impressive. It arcs through corners in one clean and confident line, a lot of which is because of the electronic limited slip differential. As it shifts torque between the wheels, the XDS+ system cuts down understeer on this front wheel drive sedan. When hustled, the comfort oriented suspension setup allows for a bit of body roll, but the Slavia feels settled immediately after, so you can carry solid speed through bends. However, the fun factor is dampened by the steering, which albeit well weighted, doesn’t feel very tactile and limits your sense of connection.

At launch, the Slavia 1.0 litre is priced between Rs 10.69 lakh to Rs 15.39 lakh (ex-showroom). This undercuts the Kushaq by Rs 30,000 to Rs 90,000 depending on the variant, and positions it head-to-head with the City. Overall, the Slavia, despite its shortcomings, is a potent package as it brings solid capability and excitement to the world of sedans. It’s possible that the Skoda Slavia might make “tempting” and “sedan” be said in the same breath once again. 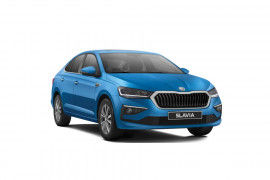